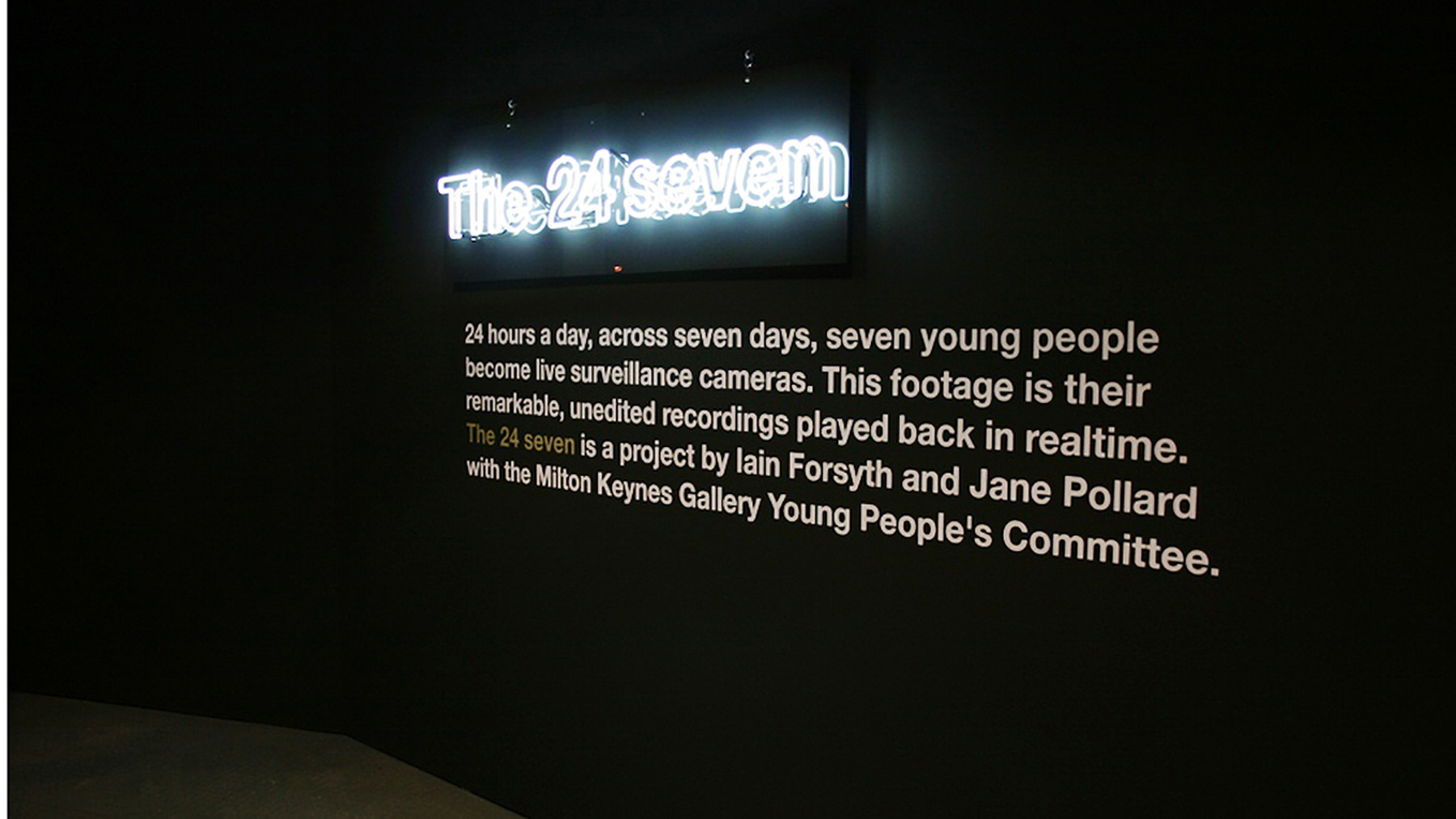 The 24 seven was commissioned by Milton Keynes Gallery. Forsyth & Pollard worked with the Young People’s Project, recruiting seven members of the group to become active participants in the work. Each of them became a camera, 24 hours a day for seven days. 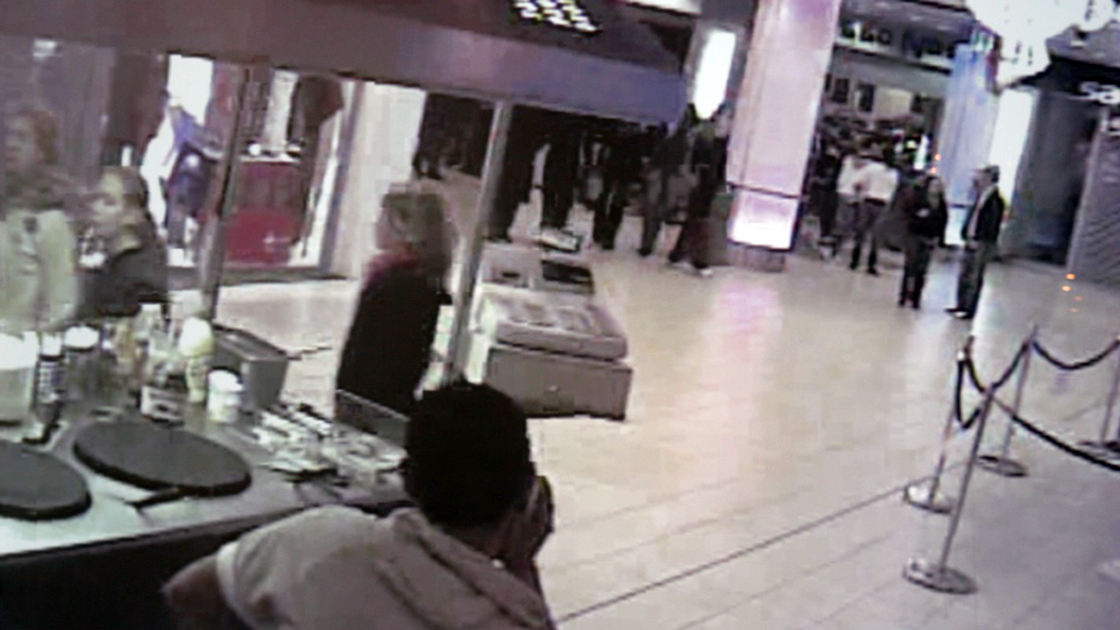 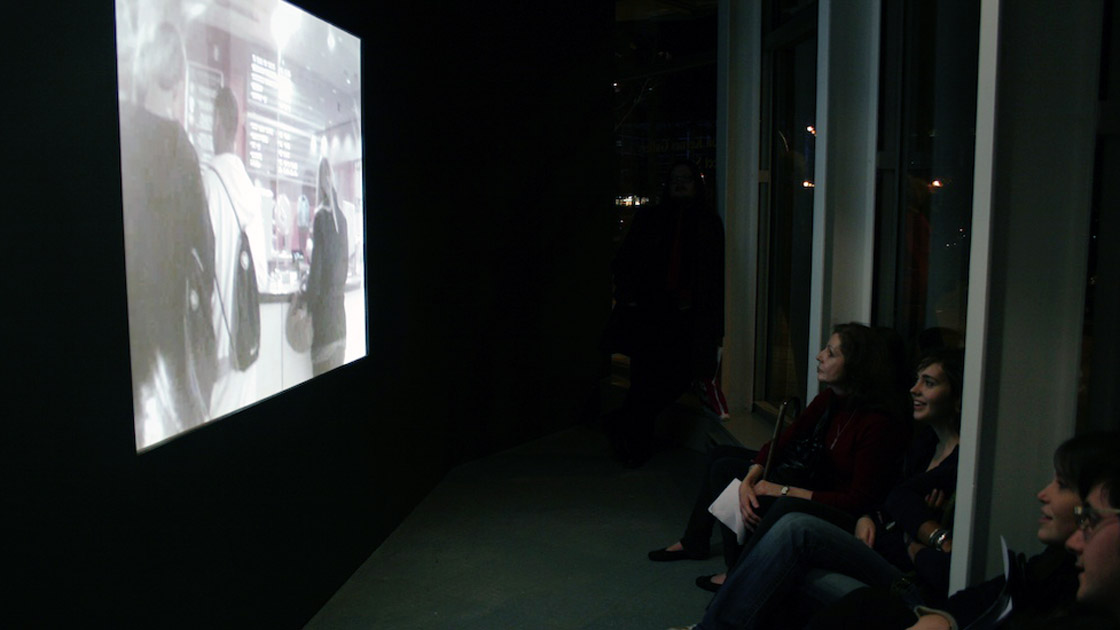 Using specially adapted surveillance equipment each of the seven participants wore a camera hidden within their clothing, the lens disguised as a button. The concealed camera documented everything they did and saw, recording continuously for 24 hours a day, over a period of one week.

Each participant was asked not to reveal the camera to anyone, and to go about their normal routine during the recording period. The cameras were never turned off, even throughout the night, and recorded visuals only, no sound. The resulting footage was replayed in the installation in real time, so footage captured on a Thursday at 2pm would be replayed in the gallery at 2pm each Thursday. 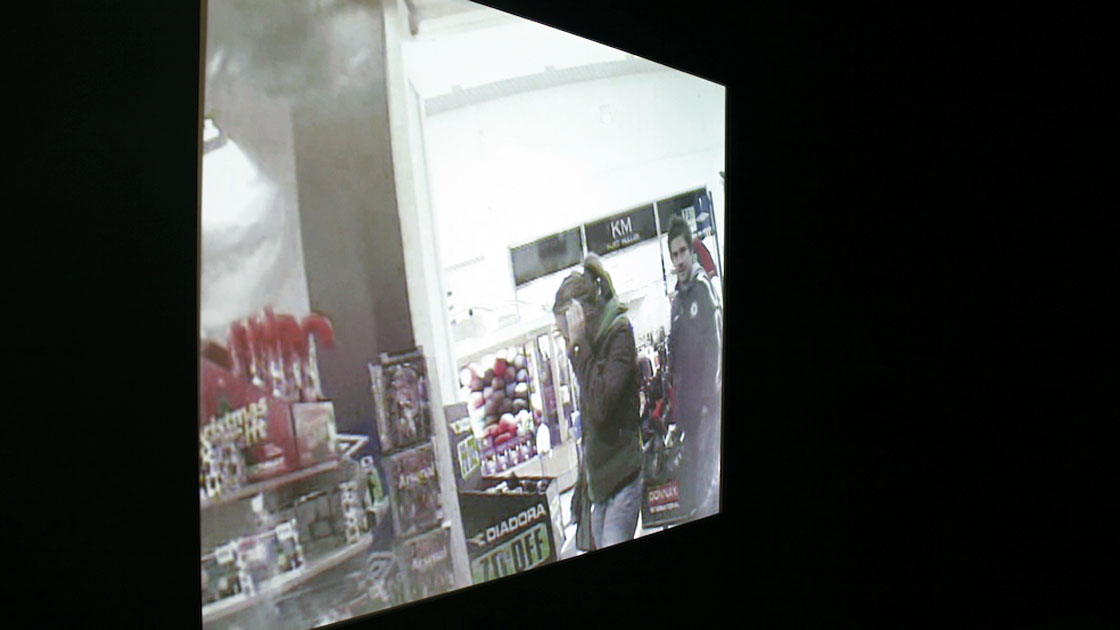 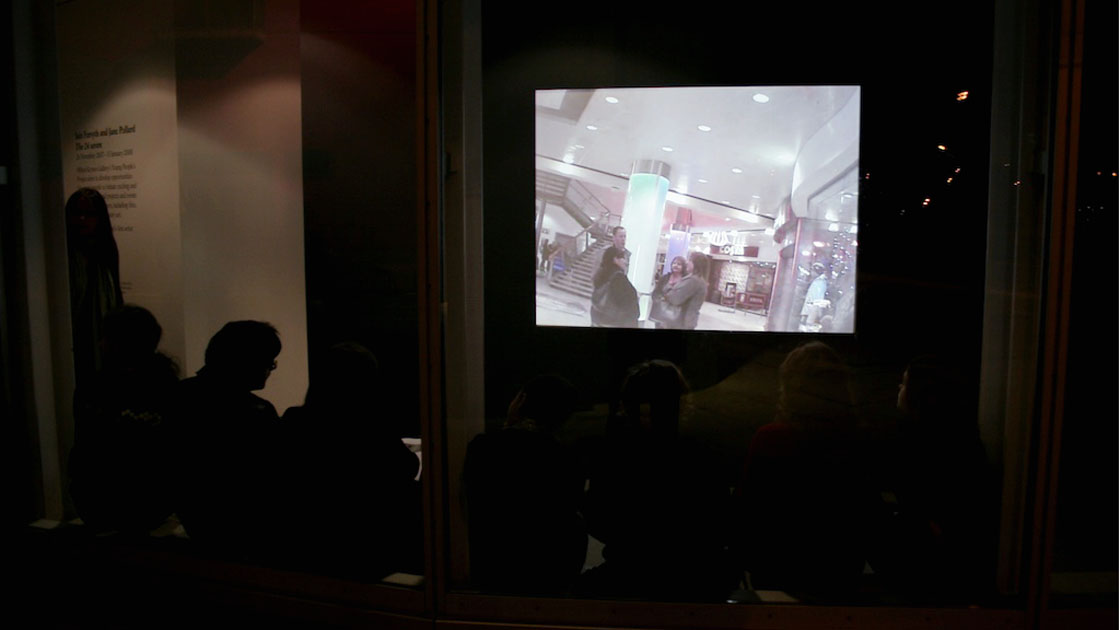 The installation was presented in the Milton Keynes Gallery project space from 1st December 2007 – 13 January 2008, where the video feed could be monitored from the street 24 hours a day.