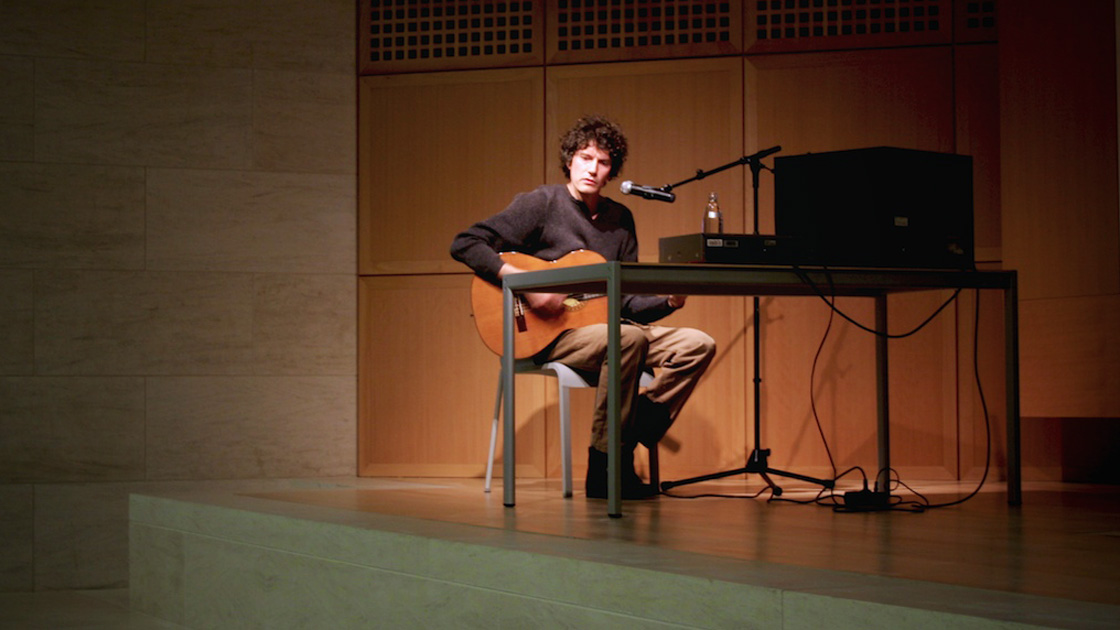 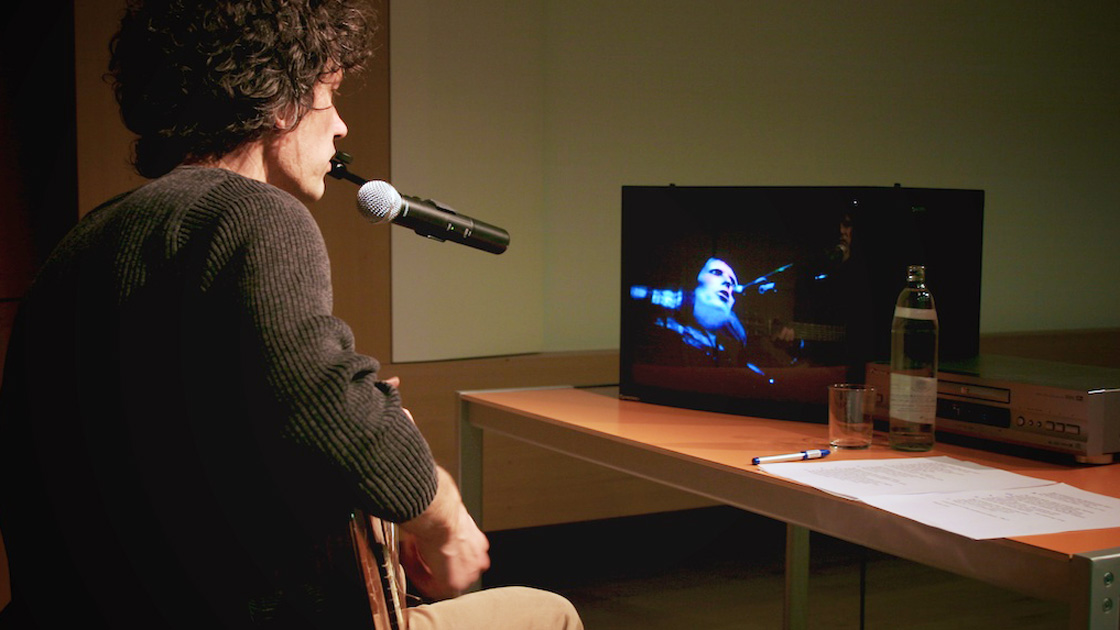 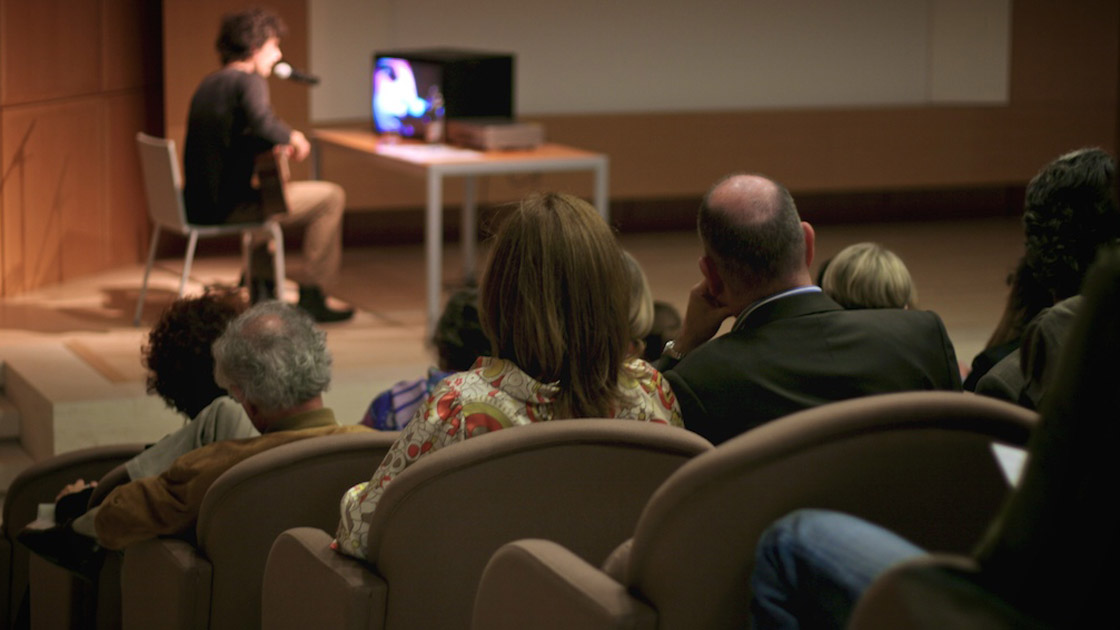 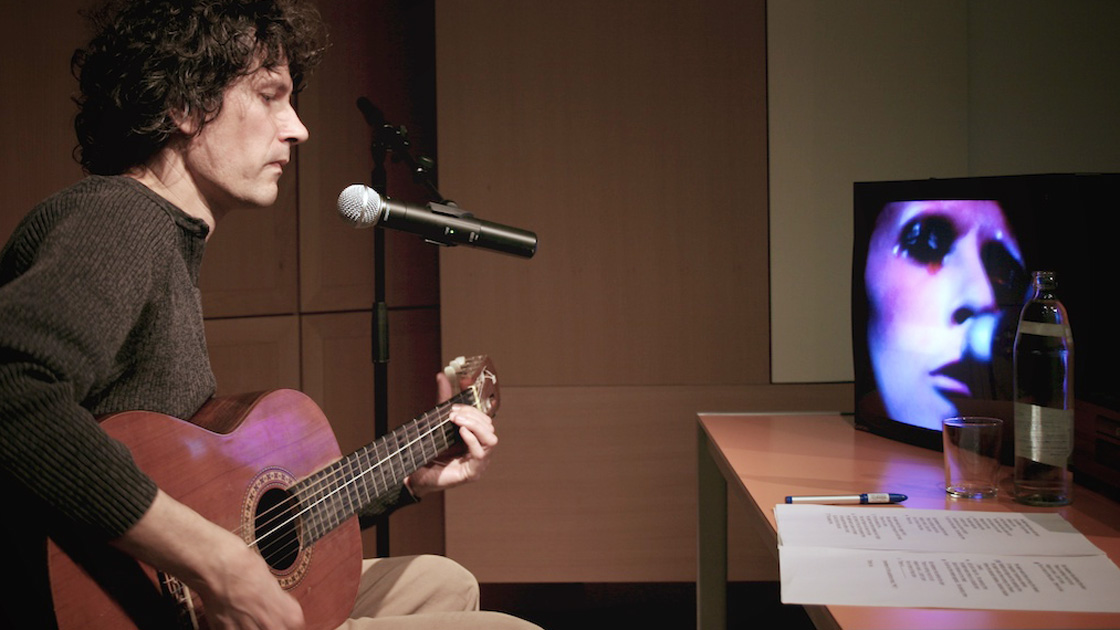 Re-Learning Piece was originally presented at Musée d’Art Moderne Grand Duc Jean in Luxembourg on 28 April 2008, the opening night of Call + Response, a series of events and discussions curated by Candice Breitz.

Building on their series of videos reworking video art of the late sixties and early seventies, the piece reworks Vito Acconci’s 1970 performance Learning Piece. Acconci presented a rehearsal as a performance, playing and then repeating the song Black Betty by Leadbelly, in order to learn it. Using the parameters of Acconci’s piece as the parameters of their new performance, but with additional layers of repetition and referencing their own practice, Forsyth & Pollard returned to a performer they had originally worked with ten years earlier.

Steve Harvey was cast in the role of Ziggy Stardust for Forsyth & Pollard’s A Rock ‘N’ Roll Suicide, presented at the ICA in 1998. Harvey was given the parameters, and was asked to (re)learn the Jacques Brel song My Death, which David Bowie used to close the first half of final Ziggy Stardust show that would form the basis of A Rock ‘N’ Roll Suicide. At the end of the show Bowie would announce that it would be “… the last show we’ll ever do”. With the benefit of hindsight, My Death takes on a prophetic significance.

For Re-Learning Piece, Harvey was sat with a guitar at a small table to the side of the stage, in front of a VHS video player and small monitor. Without costume or make-up, he plays the first few lines of Bowie’s performance on the video before stopping and playing the lines himself until he feels his voice is inseparable from the original. He continues to work his way through the entire tape, learning the song, line by line, until he feels he has learnt the song and can perform it exactly as Bowie had in 1973.

The performance lasts for 30 minutes. 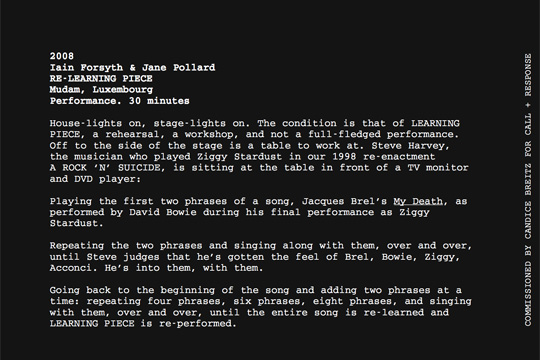 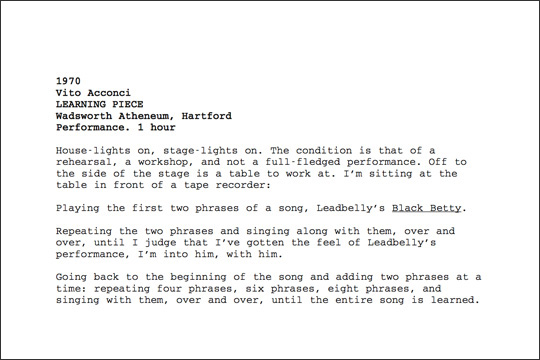