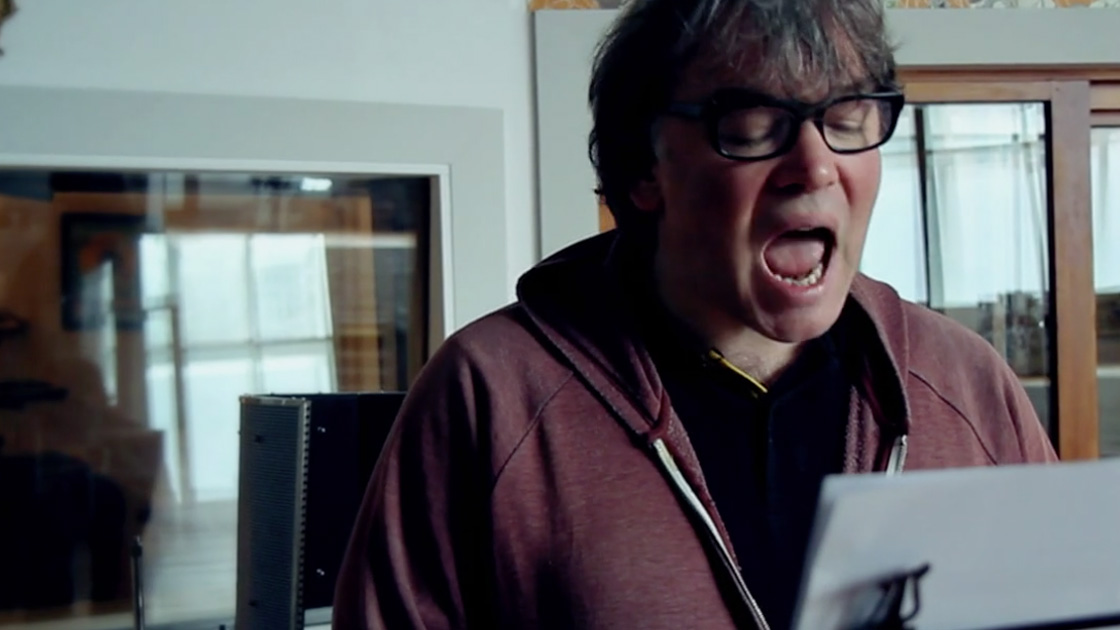 Londonion’ was commissioned by Film & Video Umbrella for ‘MerzBank’, a repository of artists’ online works that draw inspiration from Kurt Schwitters. Guided by his innovations in the visual arts, in spoken word, in typography and poetry, the project anticipates how Schwitters’ mercurial spirit might have flourished in the online world, while highlighting the debt that new forms of digital collage owe to Schwitters’ formative example.

“I don’t understand what an app is or what you do with the thing I have done, but I urge you to use this app.” – Stewart Lee

‘London Onion’, Kurt Schwitters’ love-letter to the city that became his home, was transformed by Iain Forsyth & Jane Pollard into ‘Londonion’, a pocket-sized mega-mix of the original, updated for the present as a digital app. Centred on a performance of the poem by comic Stewart Lee, the piece combines verbal and sonic pyrotechnics with the potential for audience interaction that Schwitters encouraged in his art. The app responds to the random sounds and fluctuating noise-levels of the immediate surrounding, captured by the microphone in your device.

The Londonion app is no longer available to download.

Listen to a recorded version of Londonion: