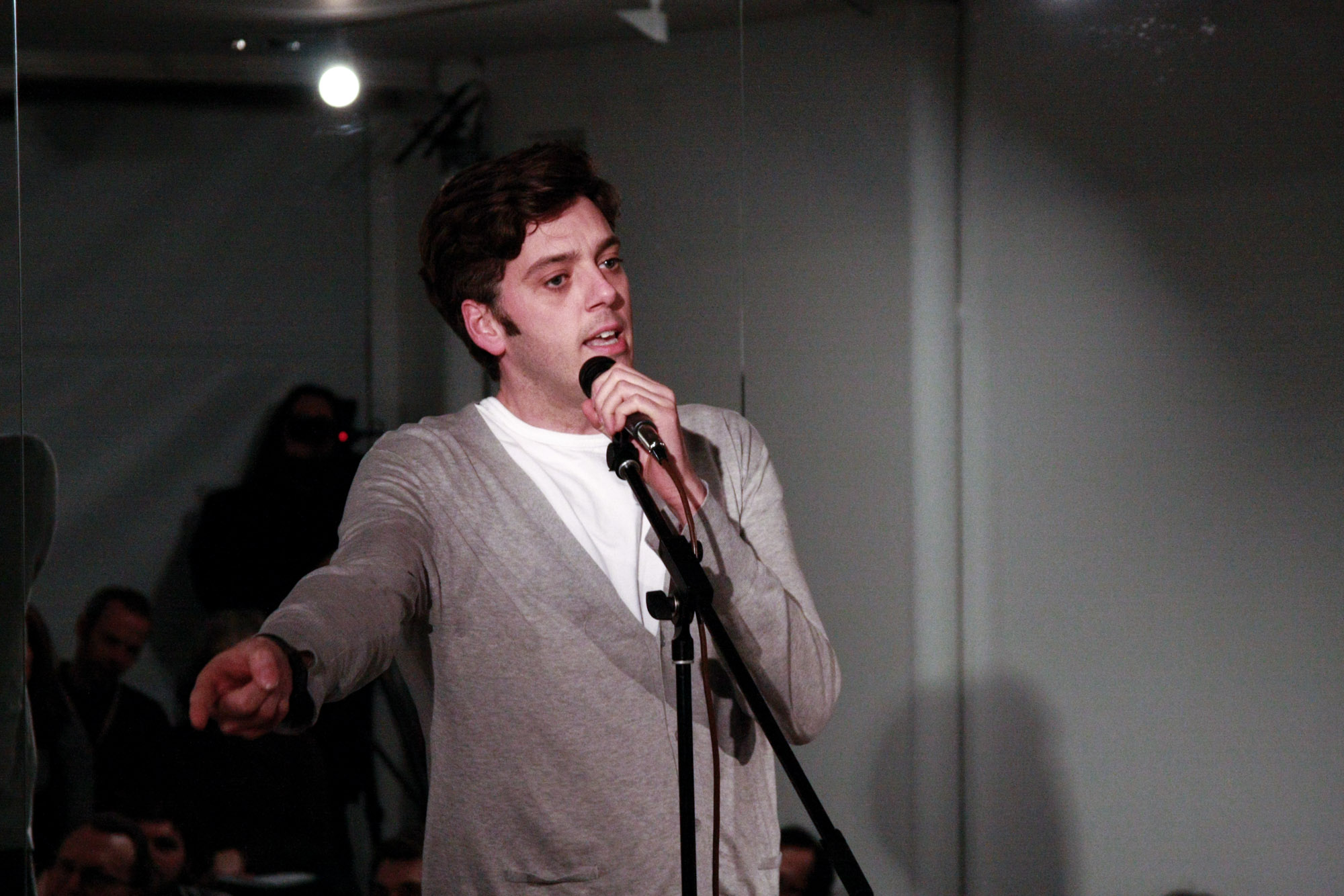 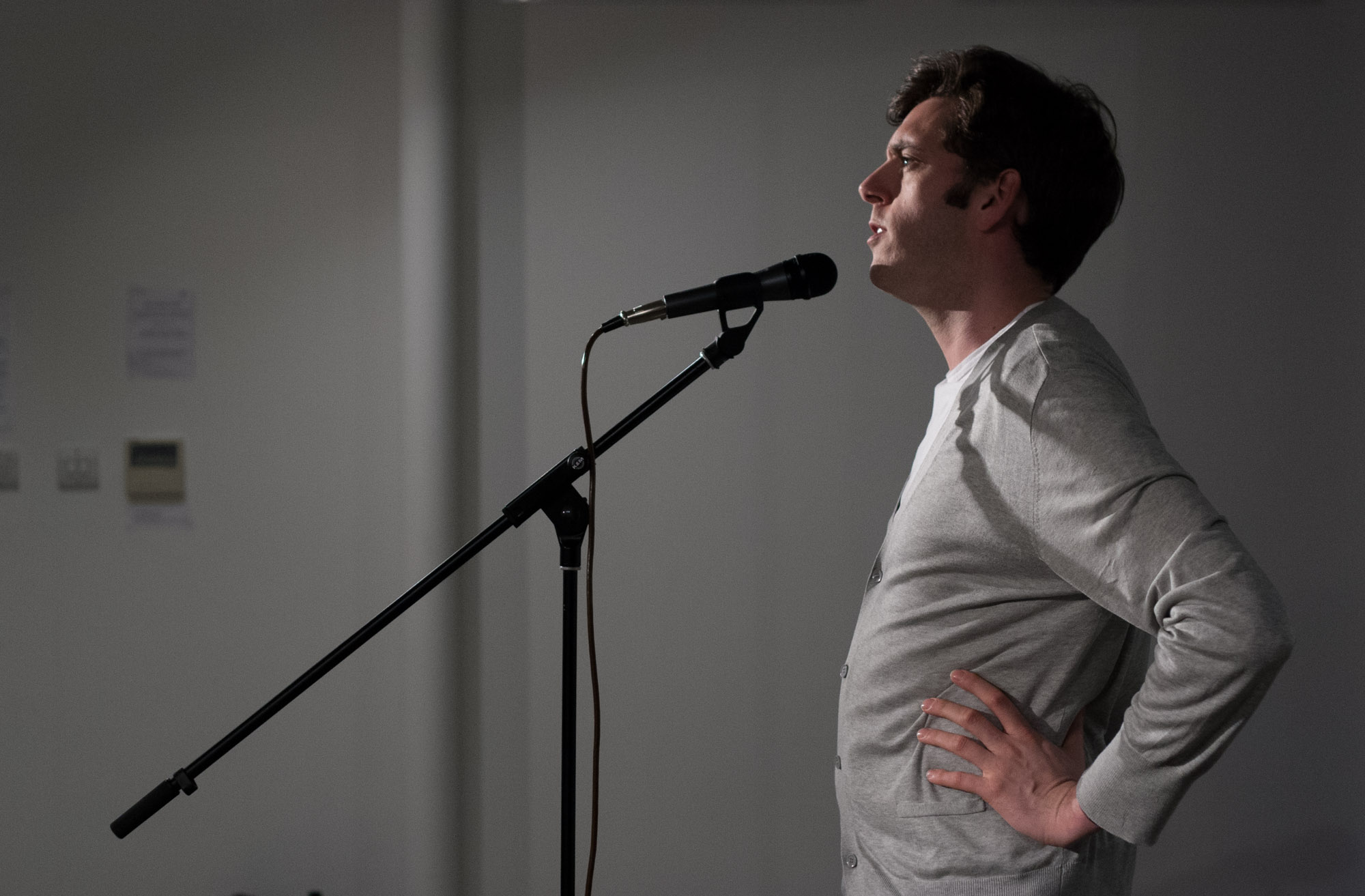 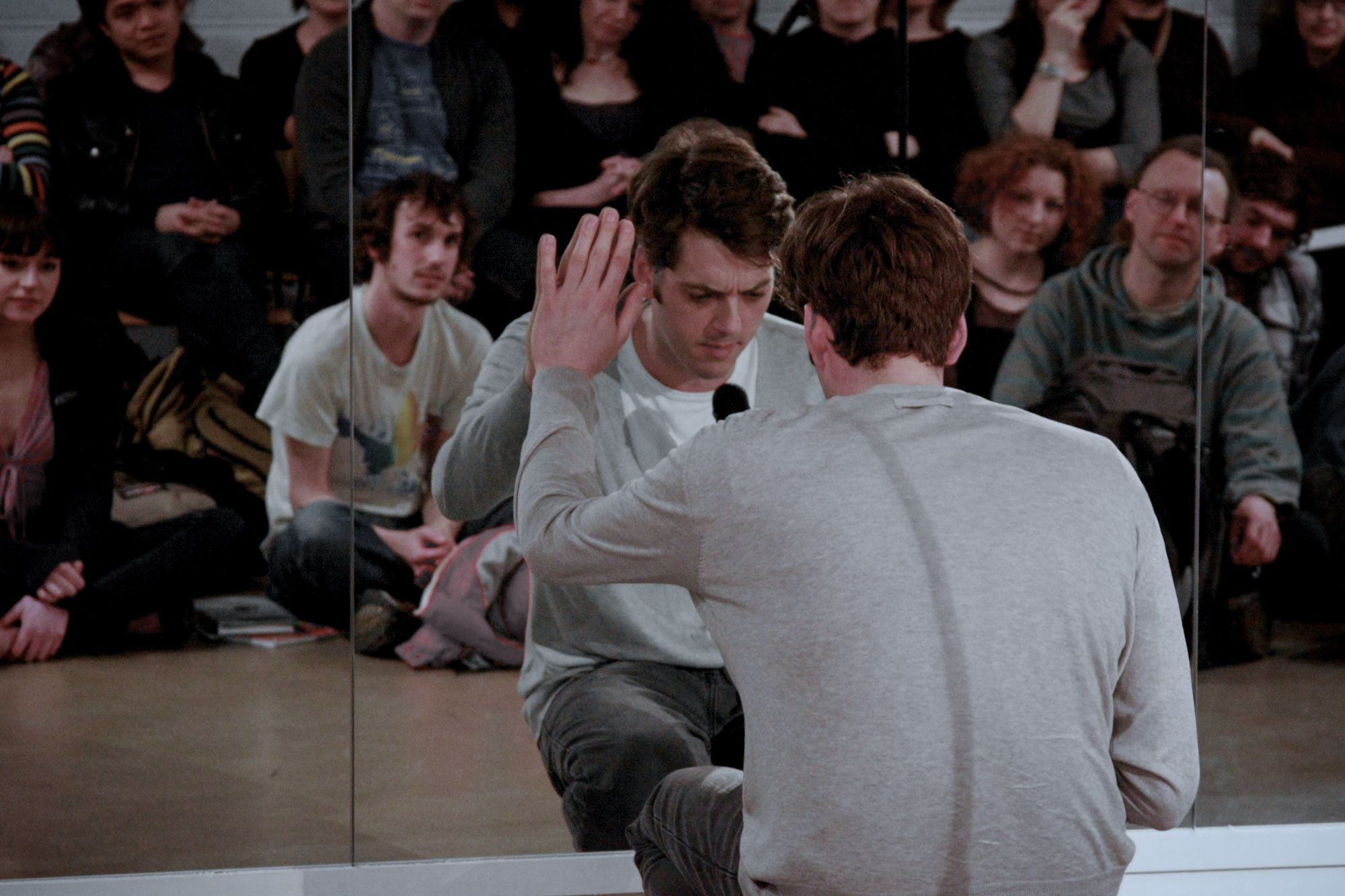 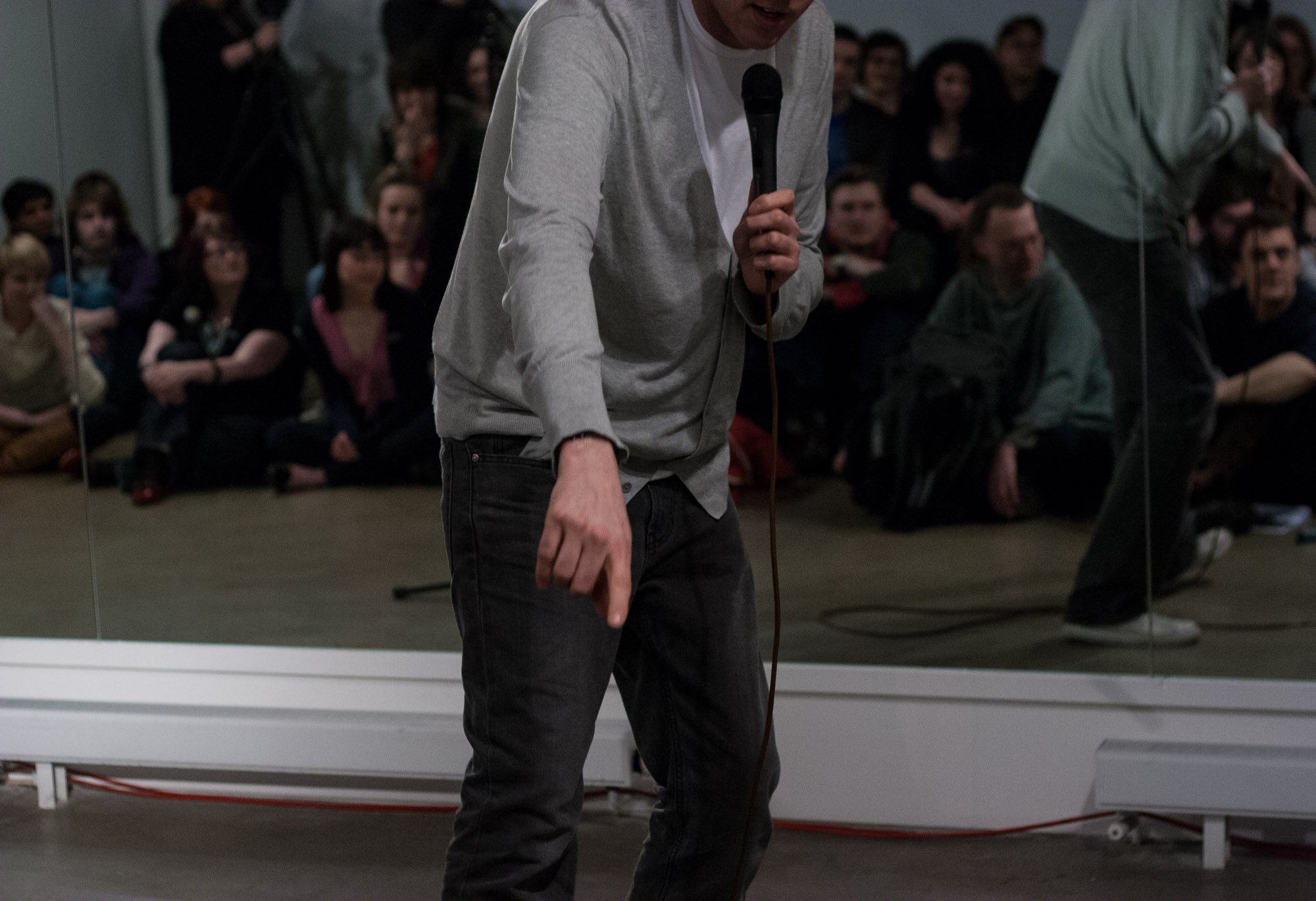 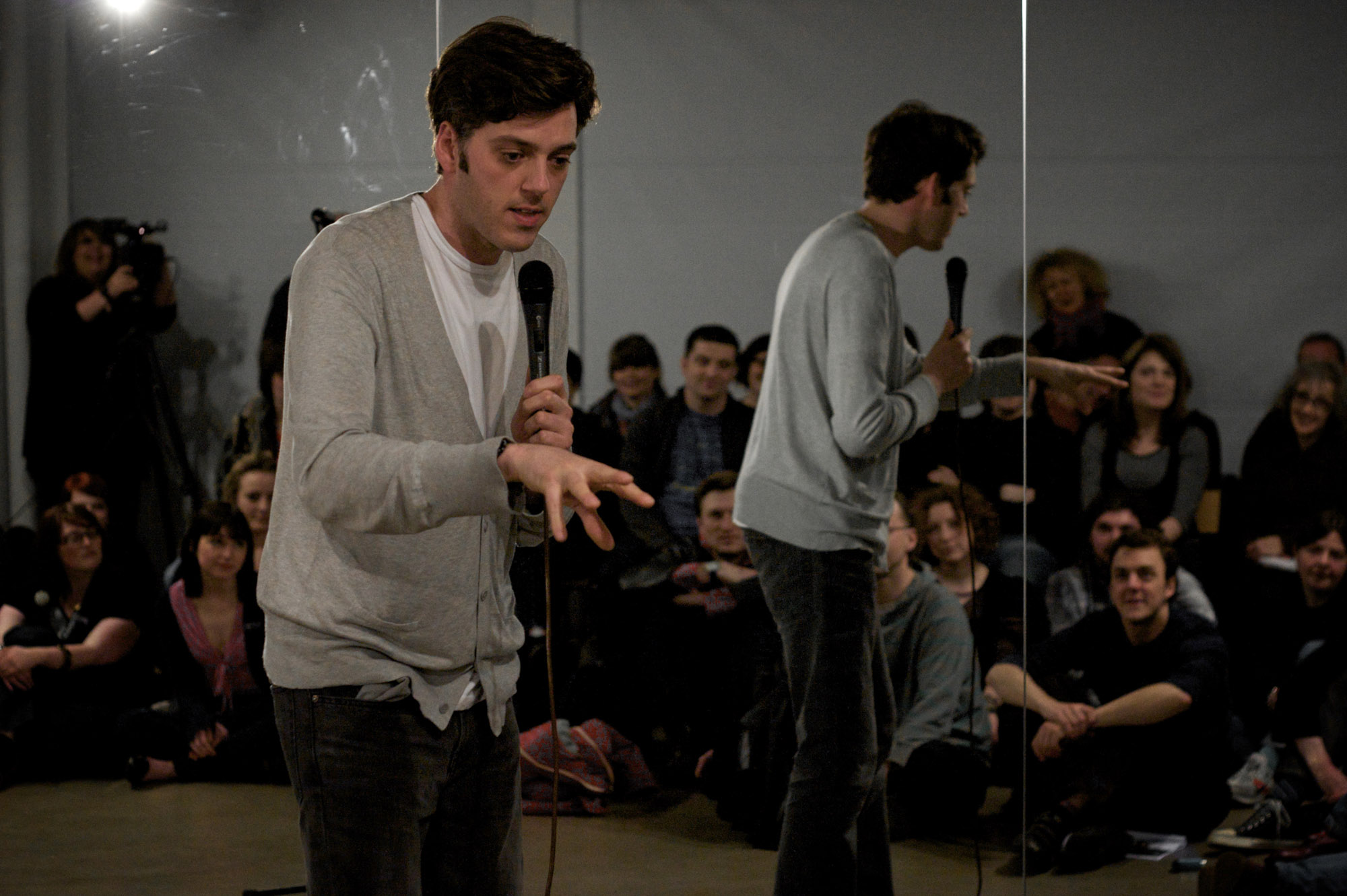 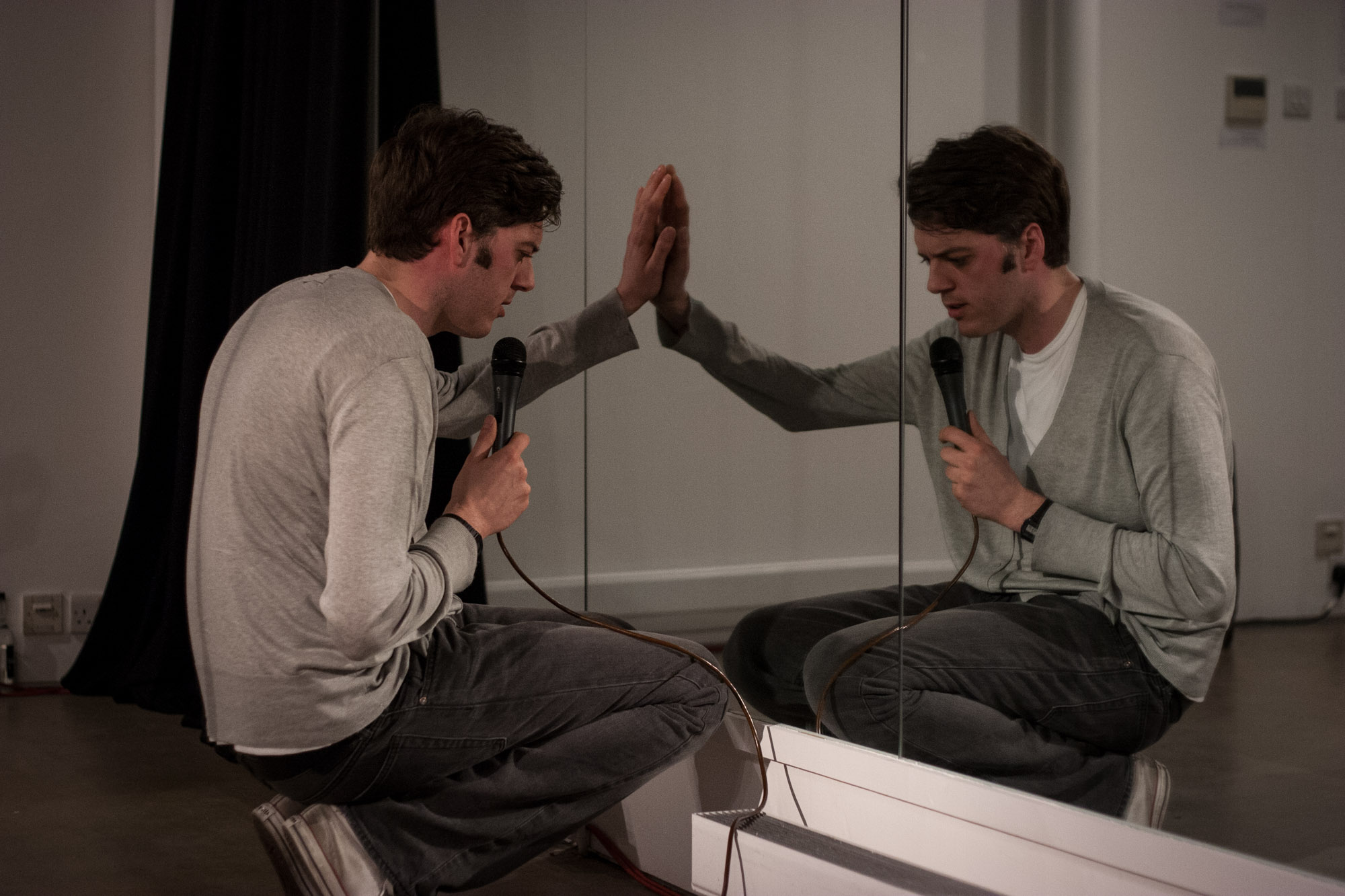 Forsyth & Pollard’s film of Performer. Audience. Fuck Off. documents a live performance work they presented at Site Gallery, Sheffield. The performance was commissioned by Rules & Regs and curated by Carol Maund. The artists elected to reinterpret a performance originally presented in 1975 by American artist Dan Graham called Performer/Audience/Mirror. 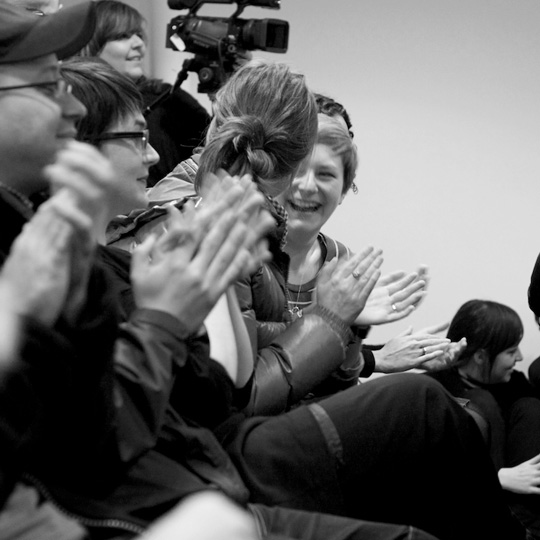 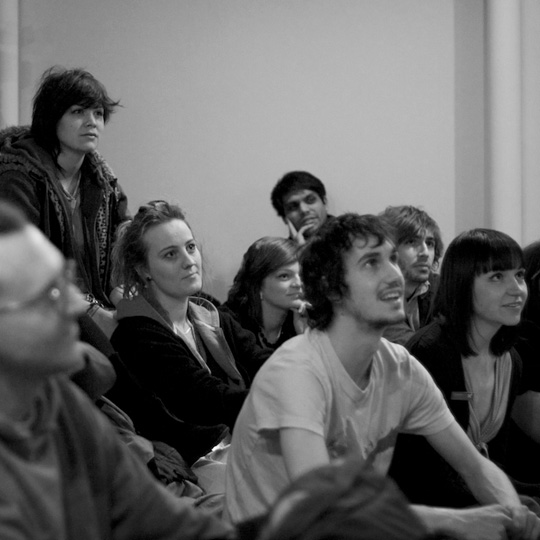 Forsyth & Pollard’s performance took on the basic structure of Graham’s, but reworked through the trappings of stand-up comedy. The resulting film captures the highly charged tension in the room and the often hilarious but occasionally uncomfortable impact the comedian has on the audience.

“The tension in the audience is tangible as they wait for each awkward moment to pass. Although this is not a conventional stand-up act, it is notable that the strategies of self-depreciating description, embarrassment, and isolating and even bullying members of an audience are all familiar. It is as though the integrity of the original performance by Graham is challenged by revealing its comic potential, while at the same time Performer, Audience, F*** Off works as a tribute. The format has a power to create a tense situation through only stating what can be observed, and this is clearly shown in this revision.” – Aesthetica Magazine

The performer, Iain Lee, is a comedian and broadcaster who rose to fame on The 11 O’clock Show on Channel 4 alongside Ricky Gervais and Sacha Baron Cohen’s Ali G character. He now presents a regular show for Talk Radio in the UK. Lee also appears as a martian in Forsyth & Pollard’s Radio Mania: An Abandoned Work (2009).