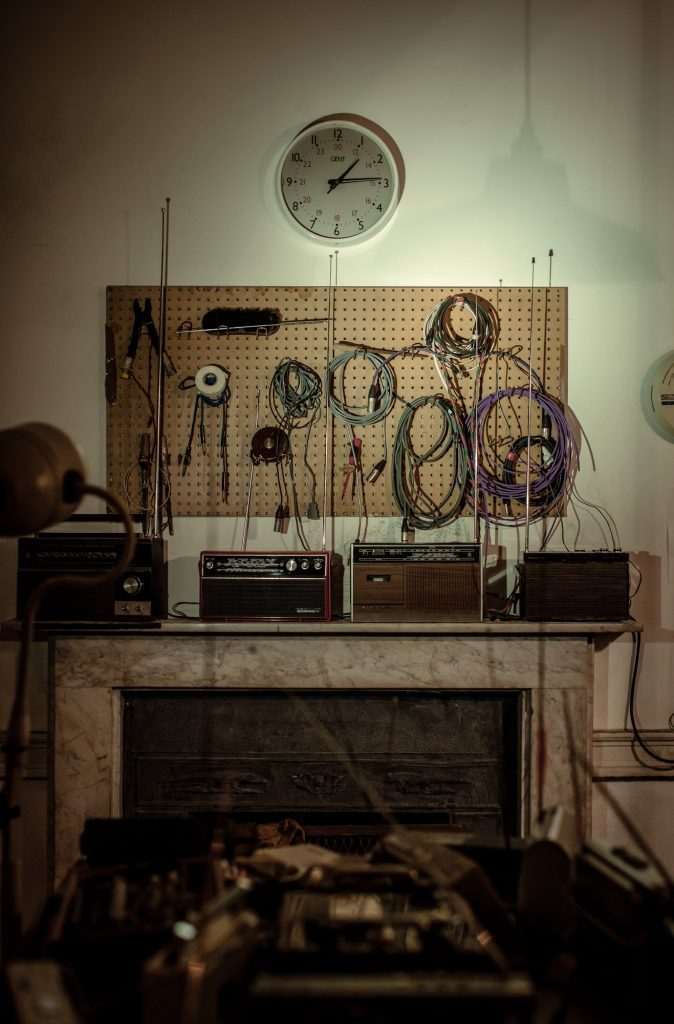 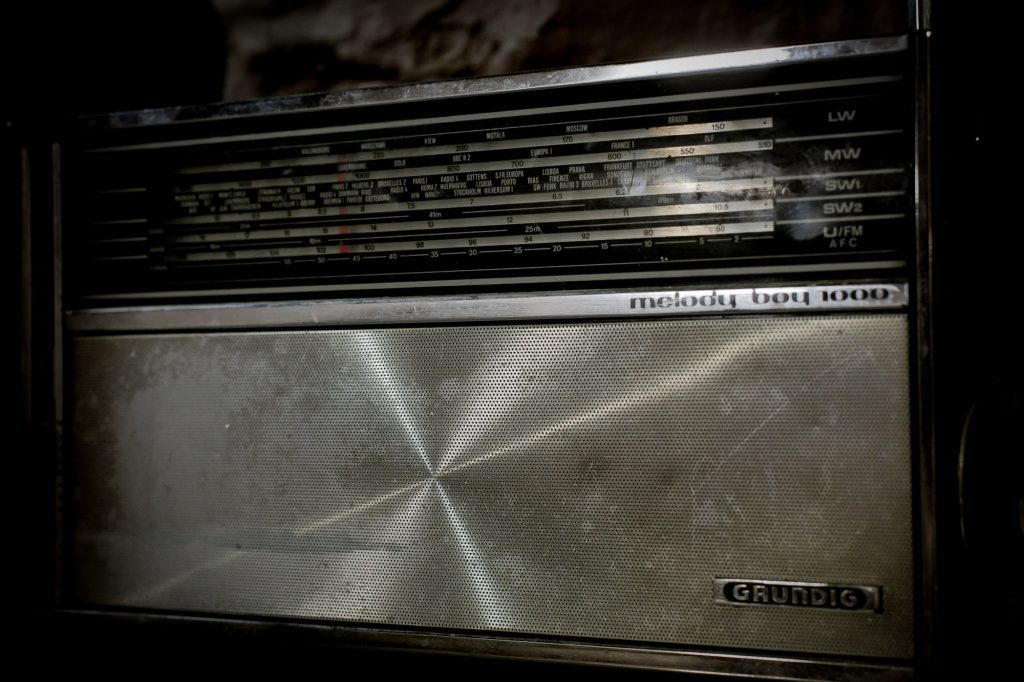 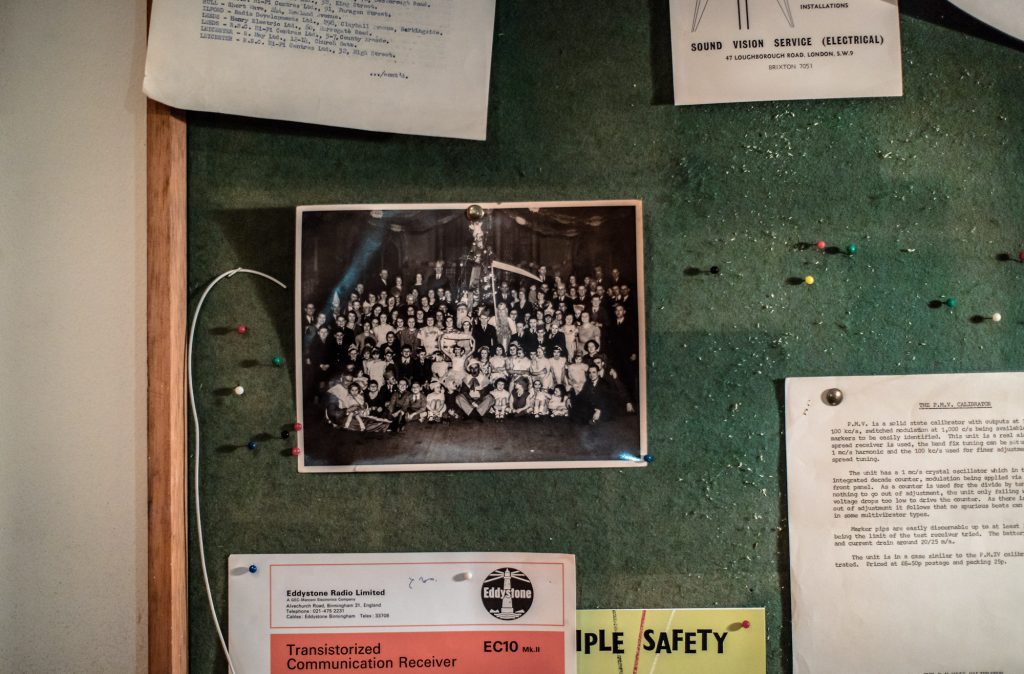 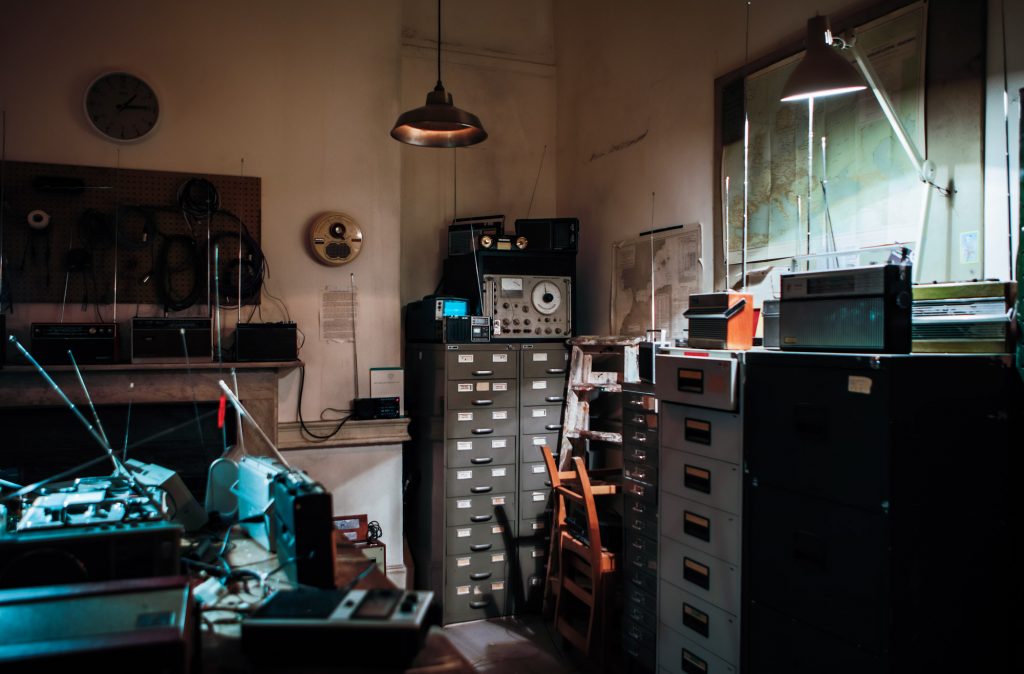 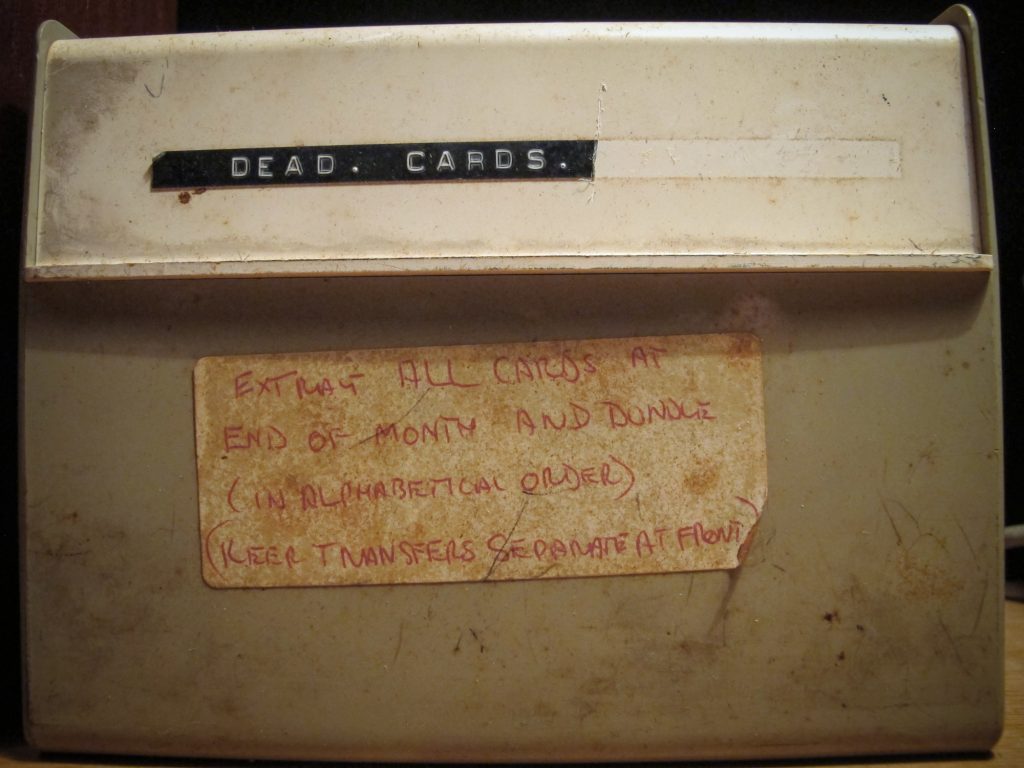 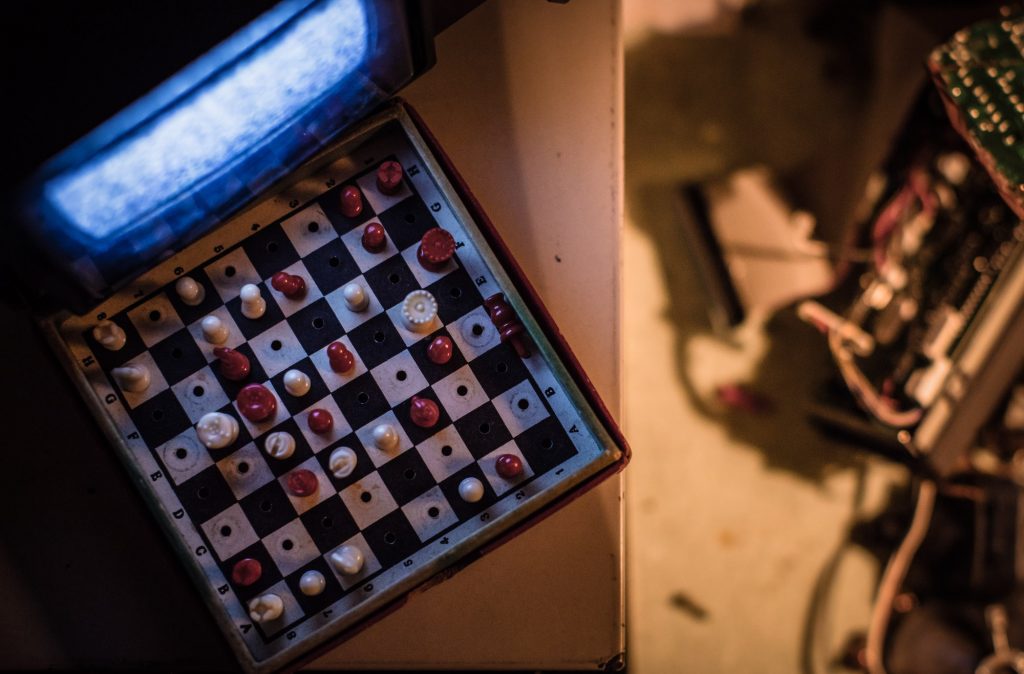 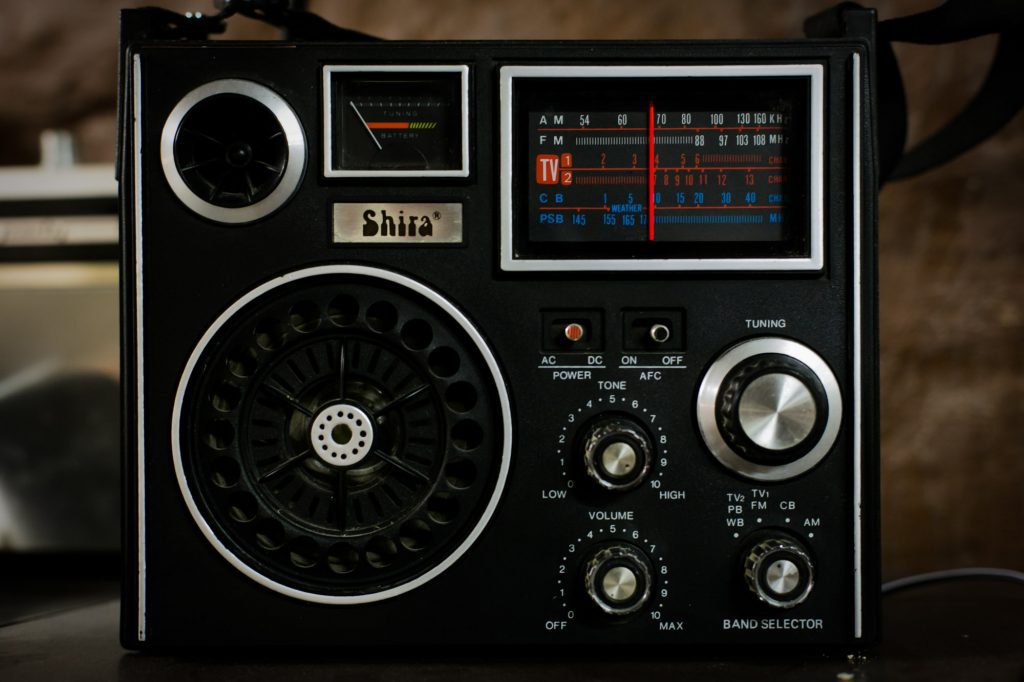 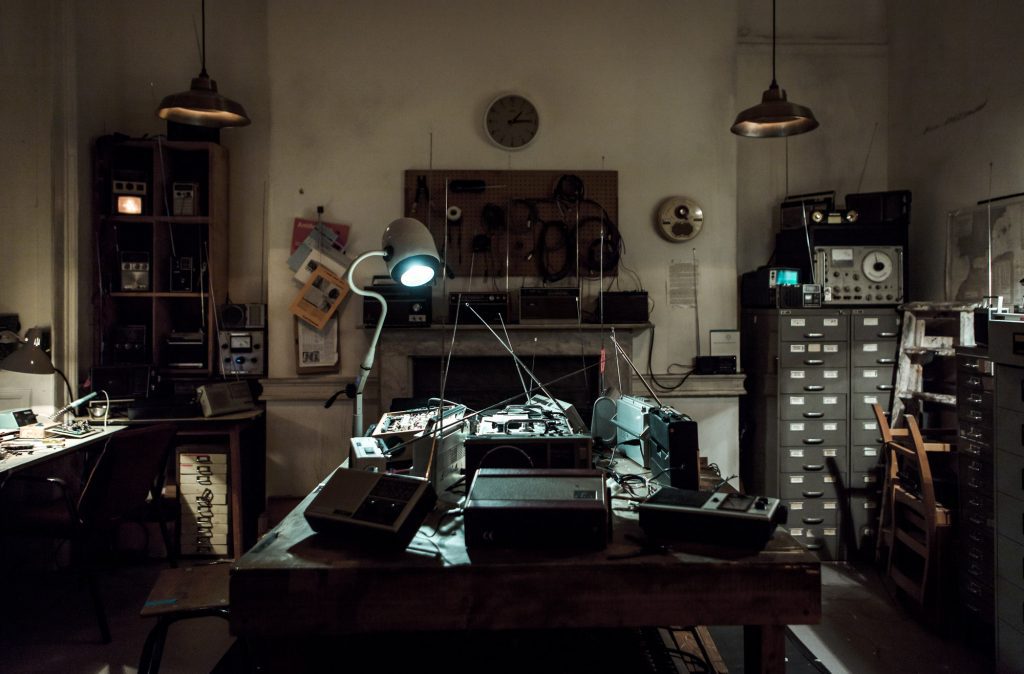 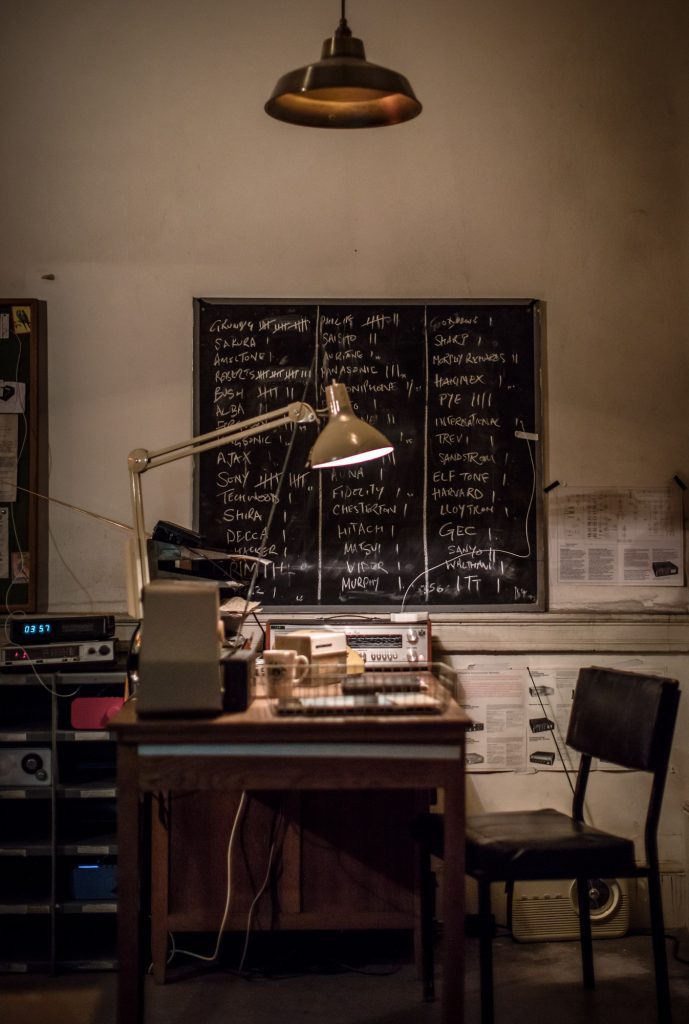 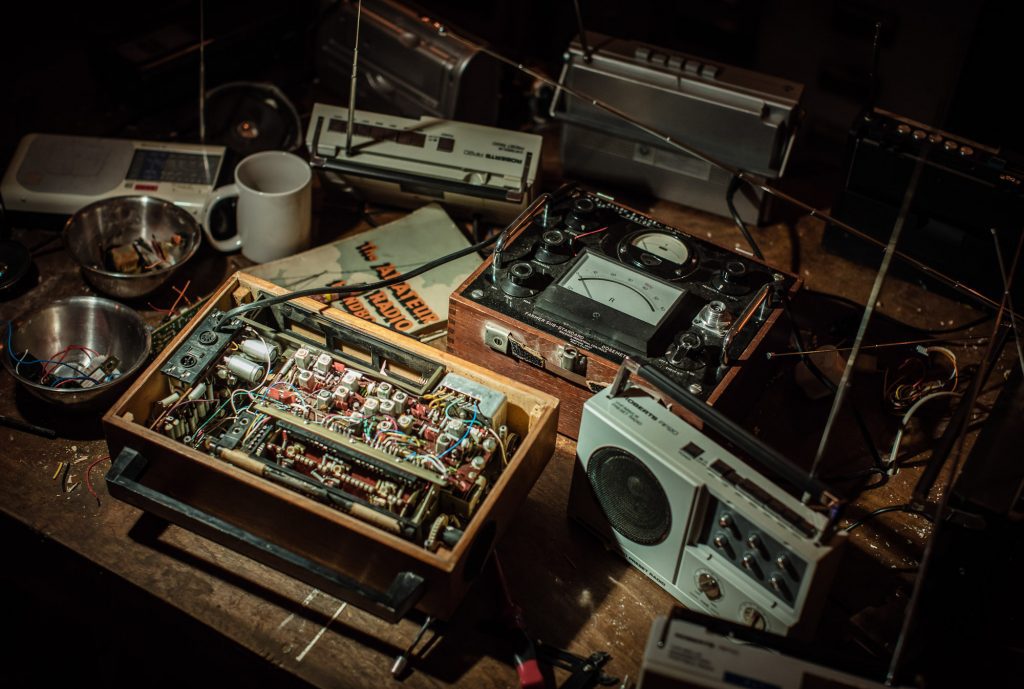 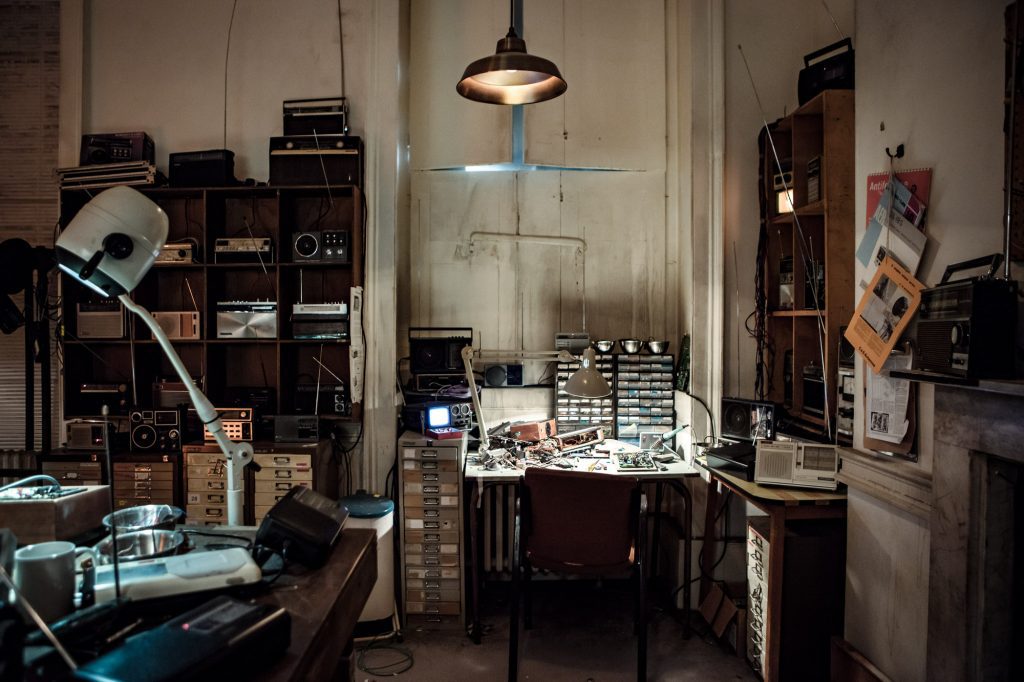 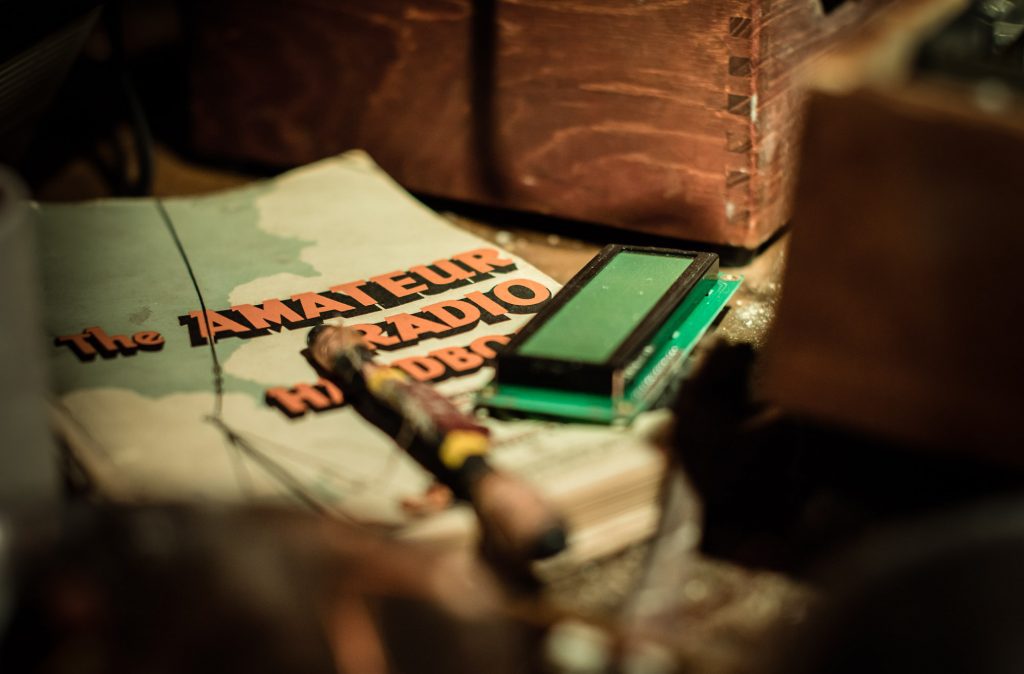 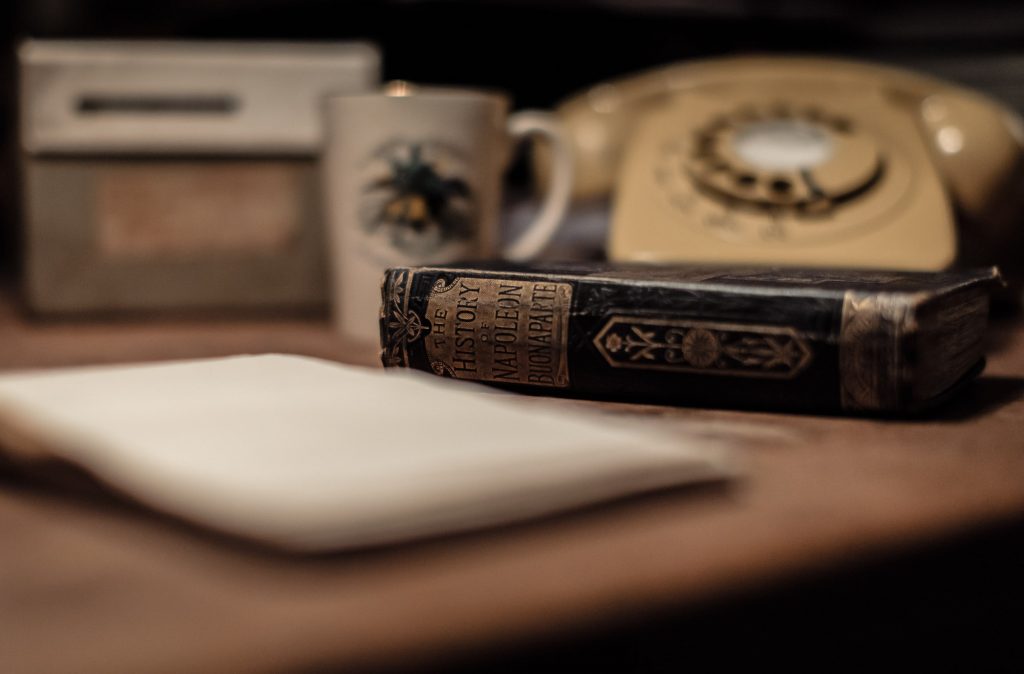 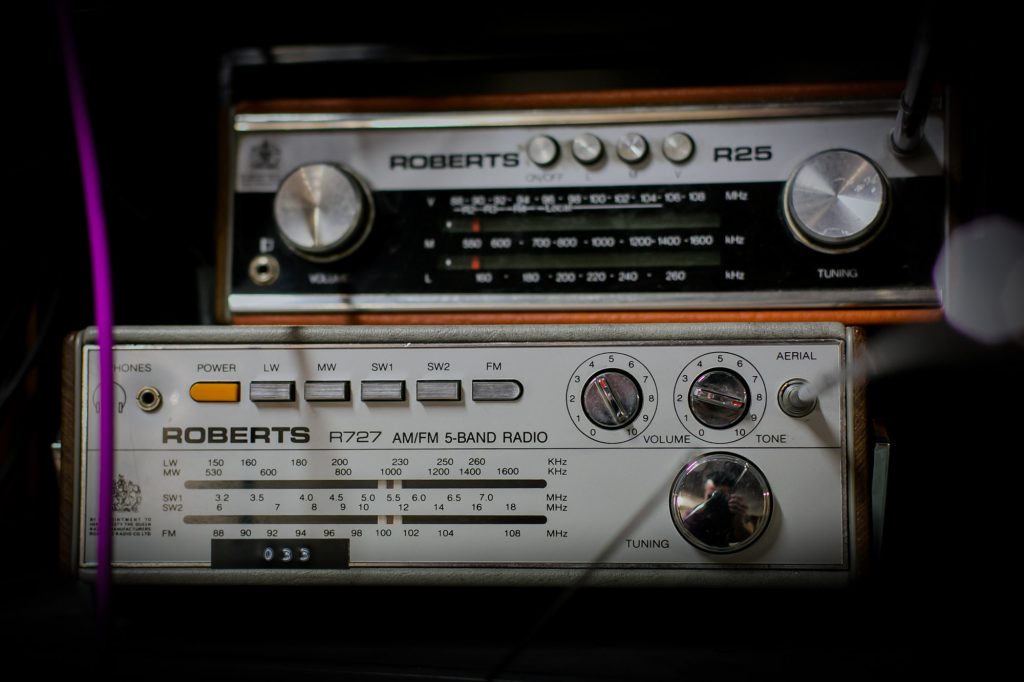 In what appears to be an anonymous archive, 114 domestic, analogue radio sets stacked on shelves come to life in communal song. Individual voices are broadcast to the sets, and as some radios join together in harmony, others crackle and find the ‘in-between space’ between clear and broken reception. Collectively these unseen singers perform a dramatic new version of Dies Irae from the Roman Catholic Requiem Mass.

Famously interpreted by composers such as Verdi and Mozart, and used to chilling effect by Stanely Kubrick in A Clockwork Orange and The Shining, the Dies Irae is a powerful portent of doom. This new work gives a playful nod to Kubrick and his fictional piece of radio equipment – the CRM 114 Discriminator – while also calling to mind Jean Cocteau’s Orpheus and the enigmatic radio transmissions which carried coded messages from the British military to the French resistance during World War Two.

“With its obsolete technology, Cold War bunker ambience and allusions to Kubrick’s apocalyptic black comedy Dr Strangelove, it sent the requisite sepulchral shiver up the spine.” – The Times

A Bristol New Music Commission, Requiem for 114 Radios is a testament to the death of analogue technology, as the radios call upon an intricate universe of mysterious messages, modulated hisses, mangled voices and incomprehensible words. Messages of death permeate a radiophonic babel and the rarely accessed cellars of Colston Hall become the space for a remarkable and unpredictable performance.

The exhibition at Colston Hall runs May-June 2016. Requiem for 114 Radios will then feature as part of Daydreaming with Stanley Kubrick, an exhibition curated by James Lavelle (UNKLE) at Somerset House in London 6th July – 24 August 2016.

“You’ll know Dies Irae… it’s musical shorthand for doom, its ominous trochees among the most quoted melodies in the classical canon.” – The Guardian 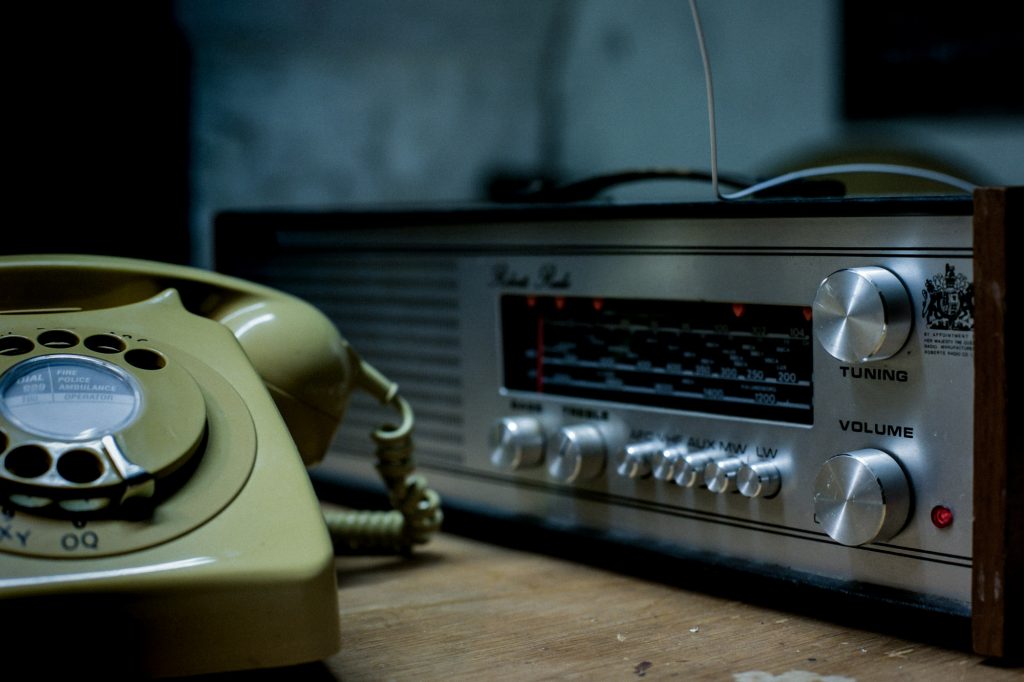 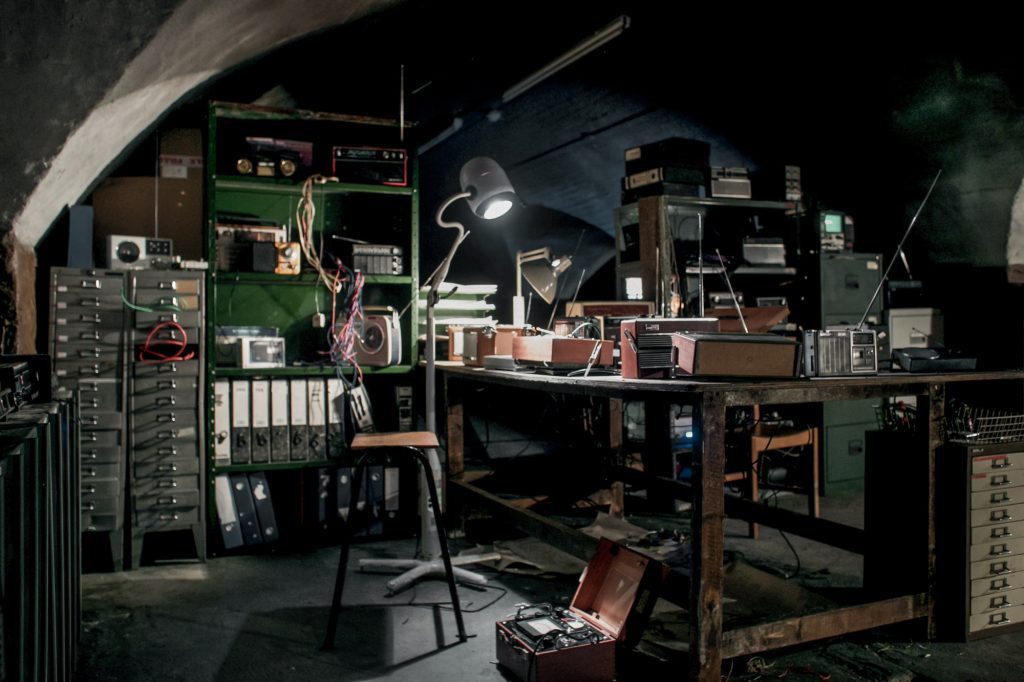 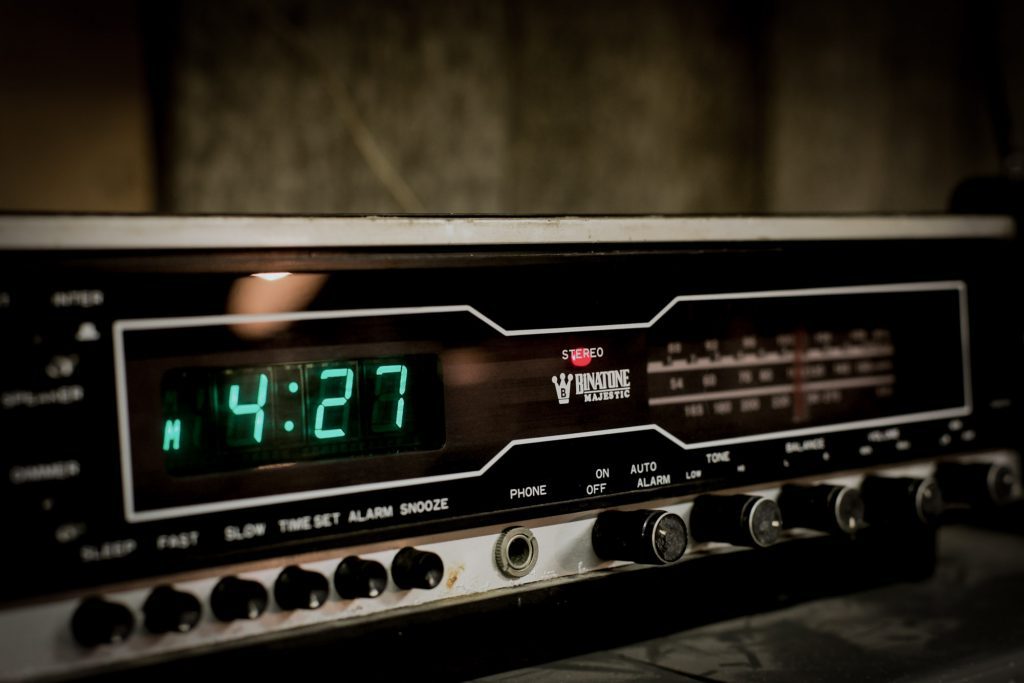 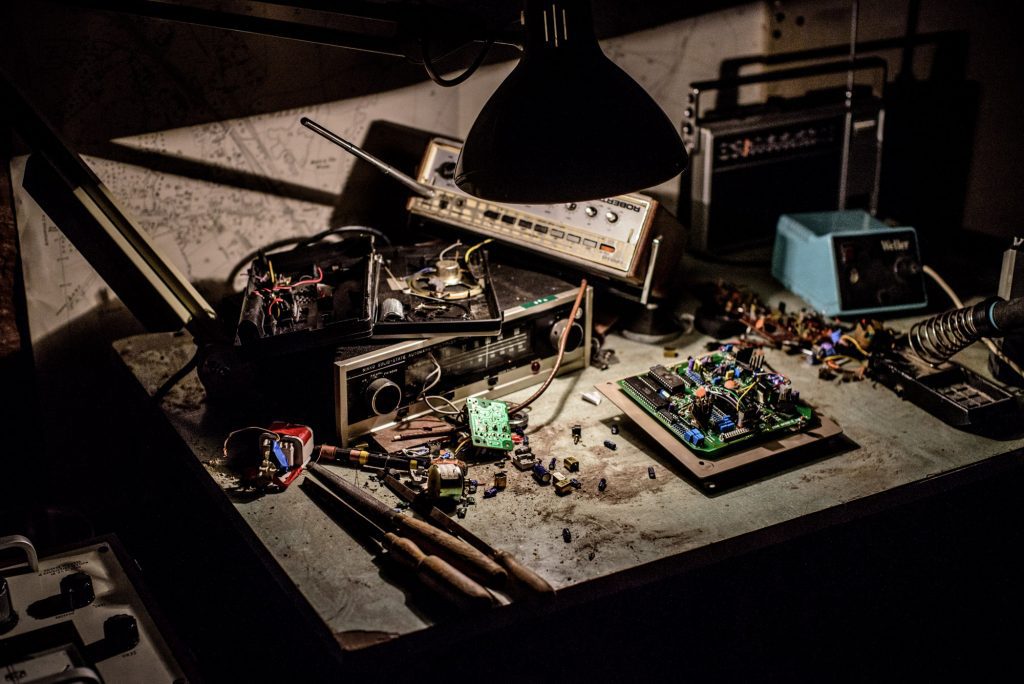 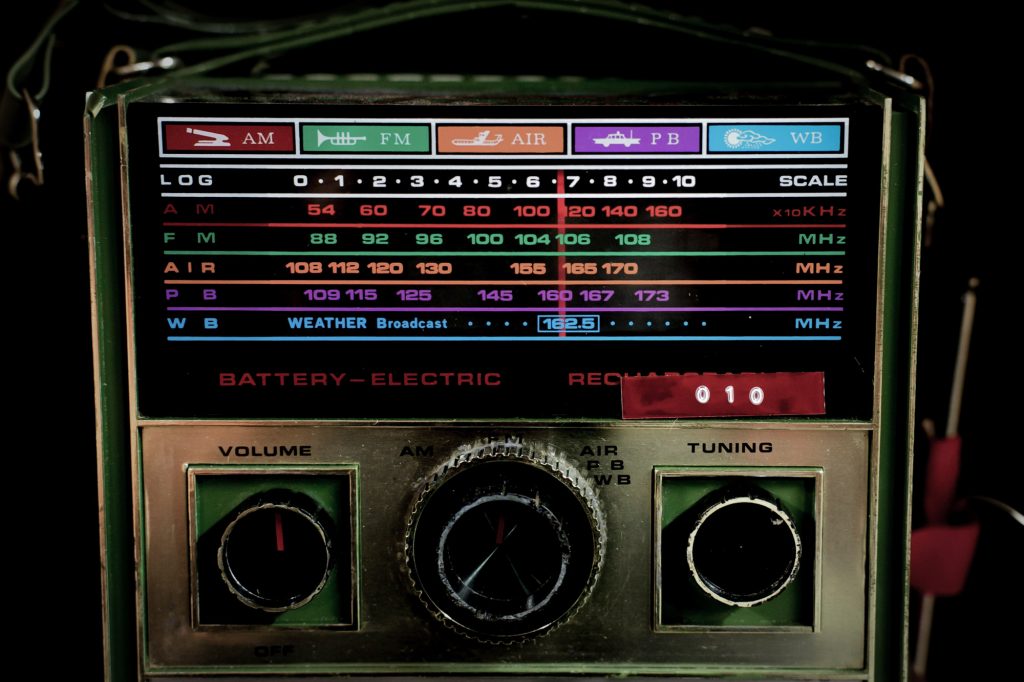 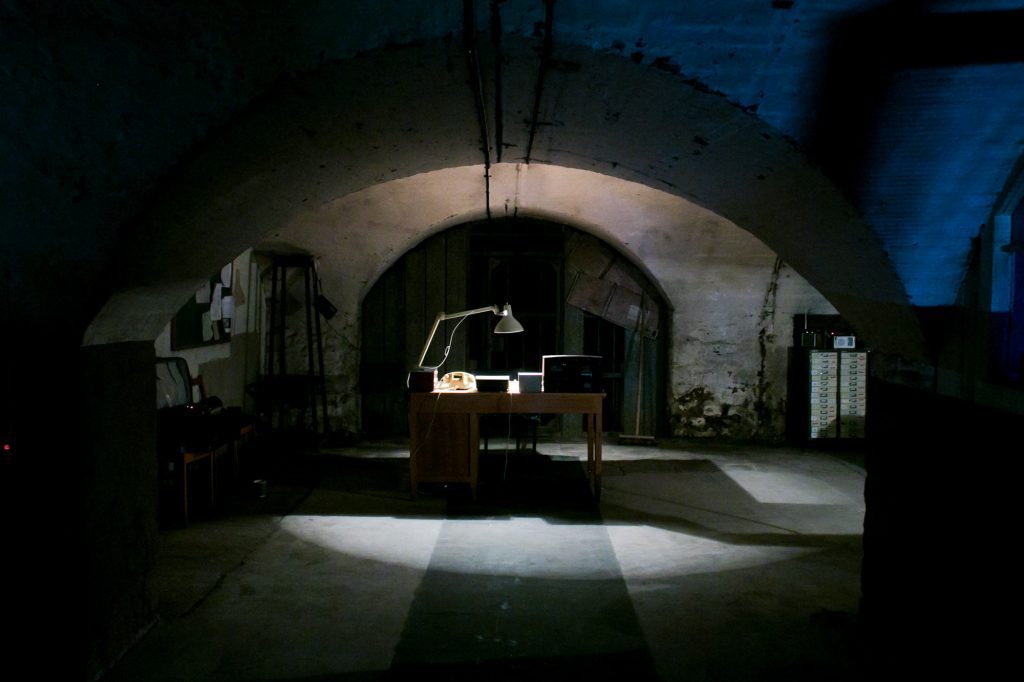 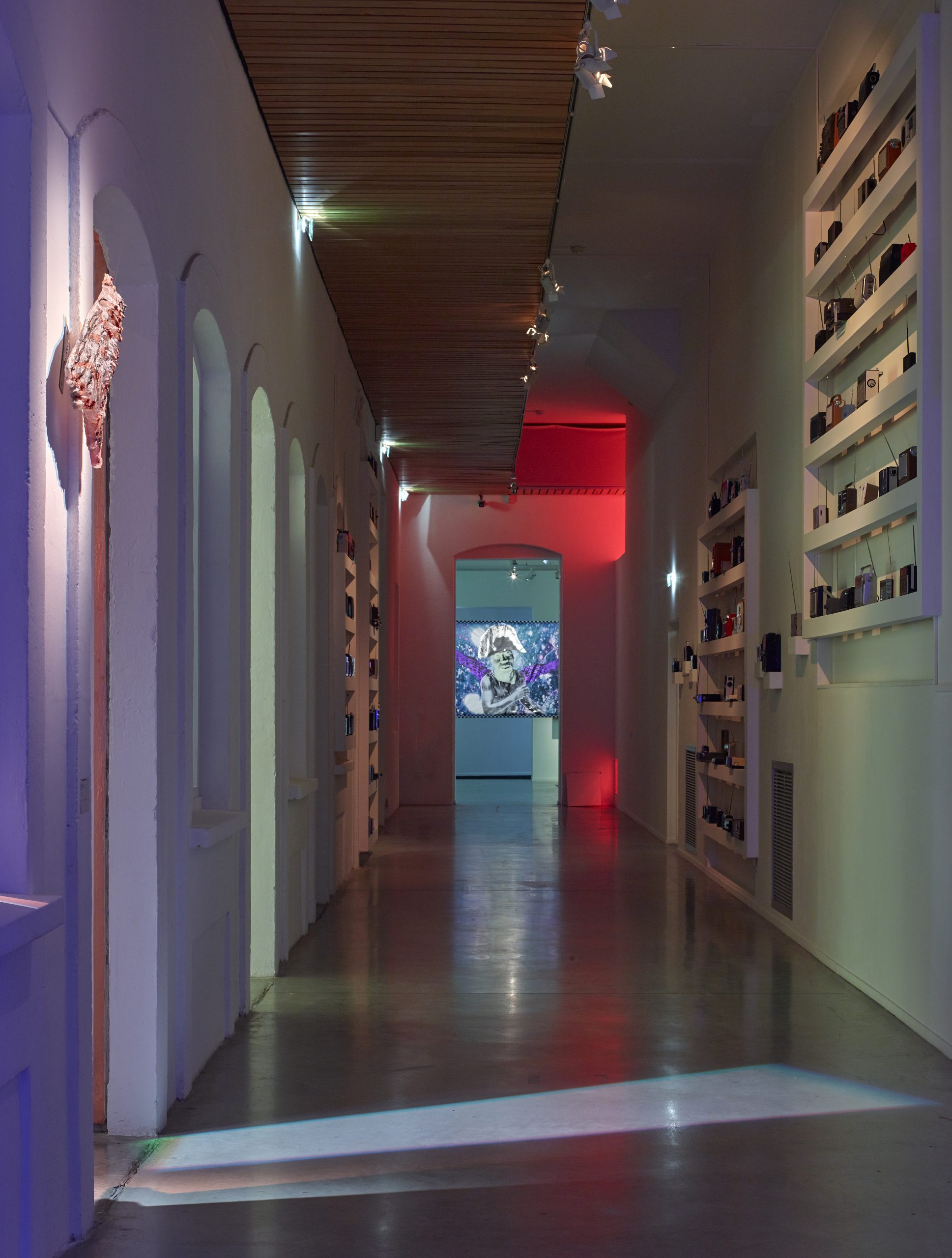 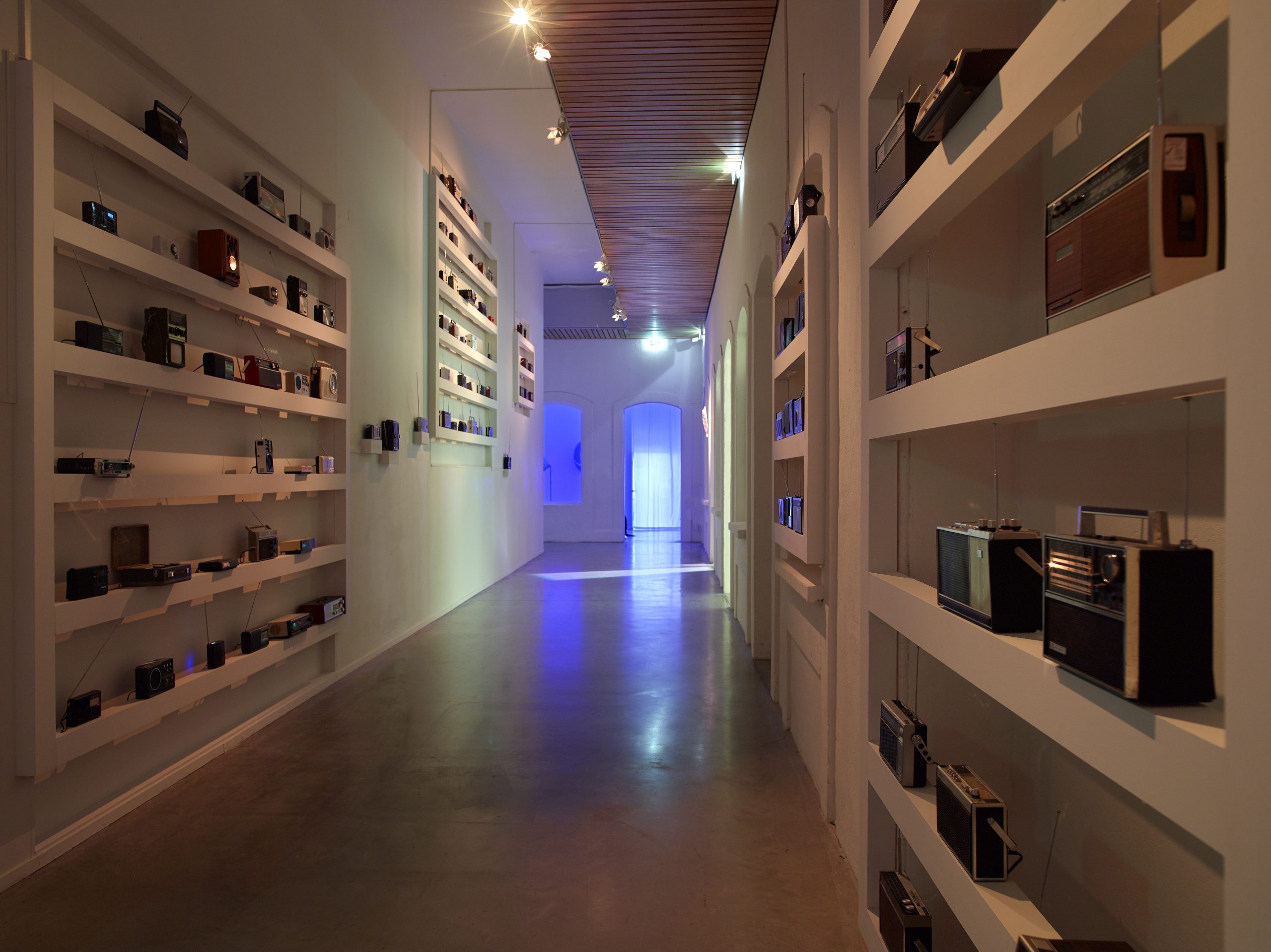 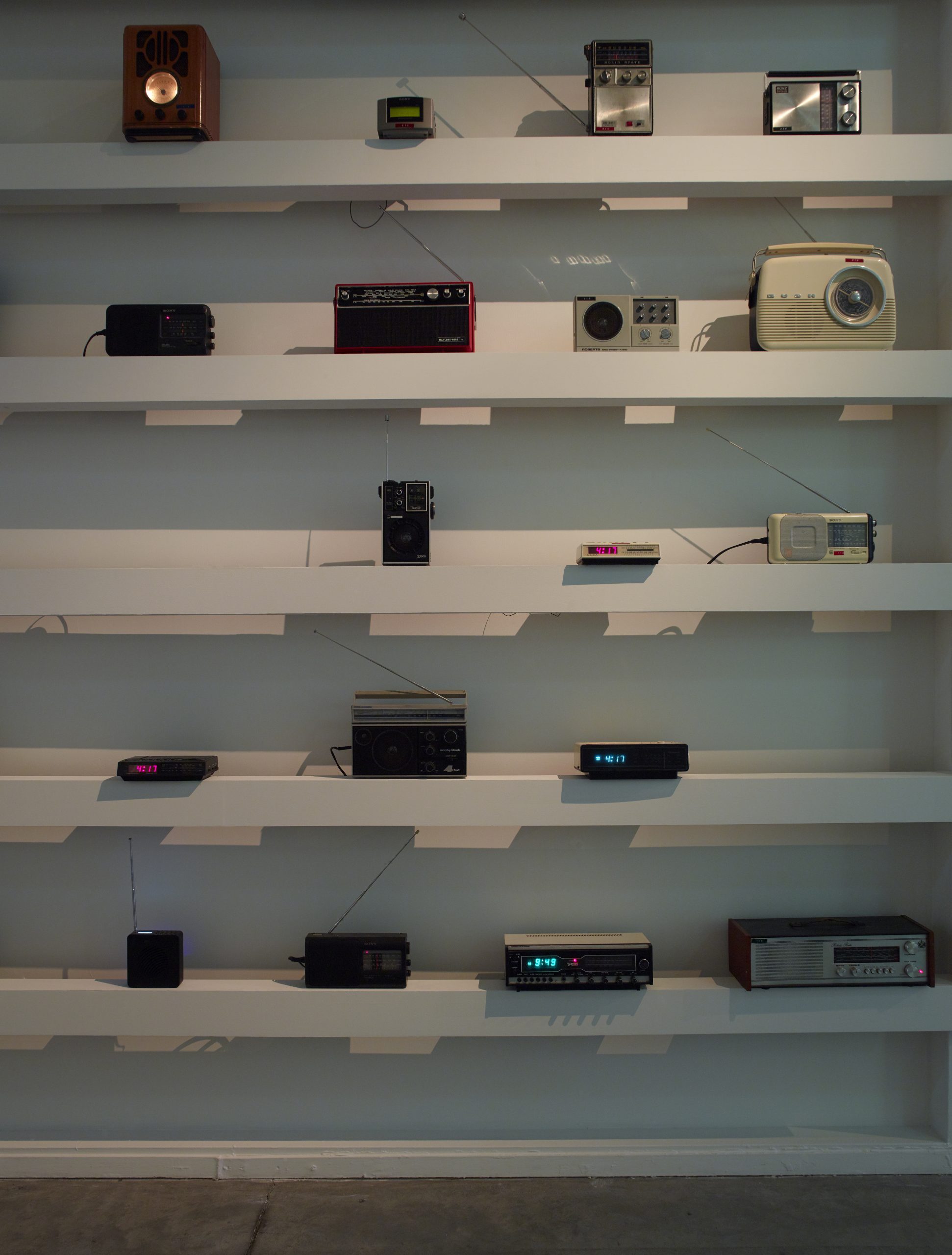 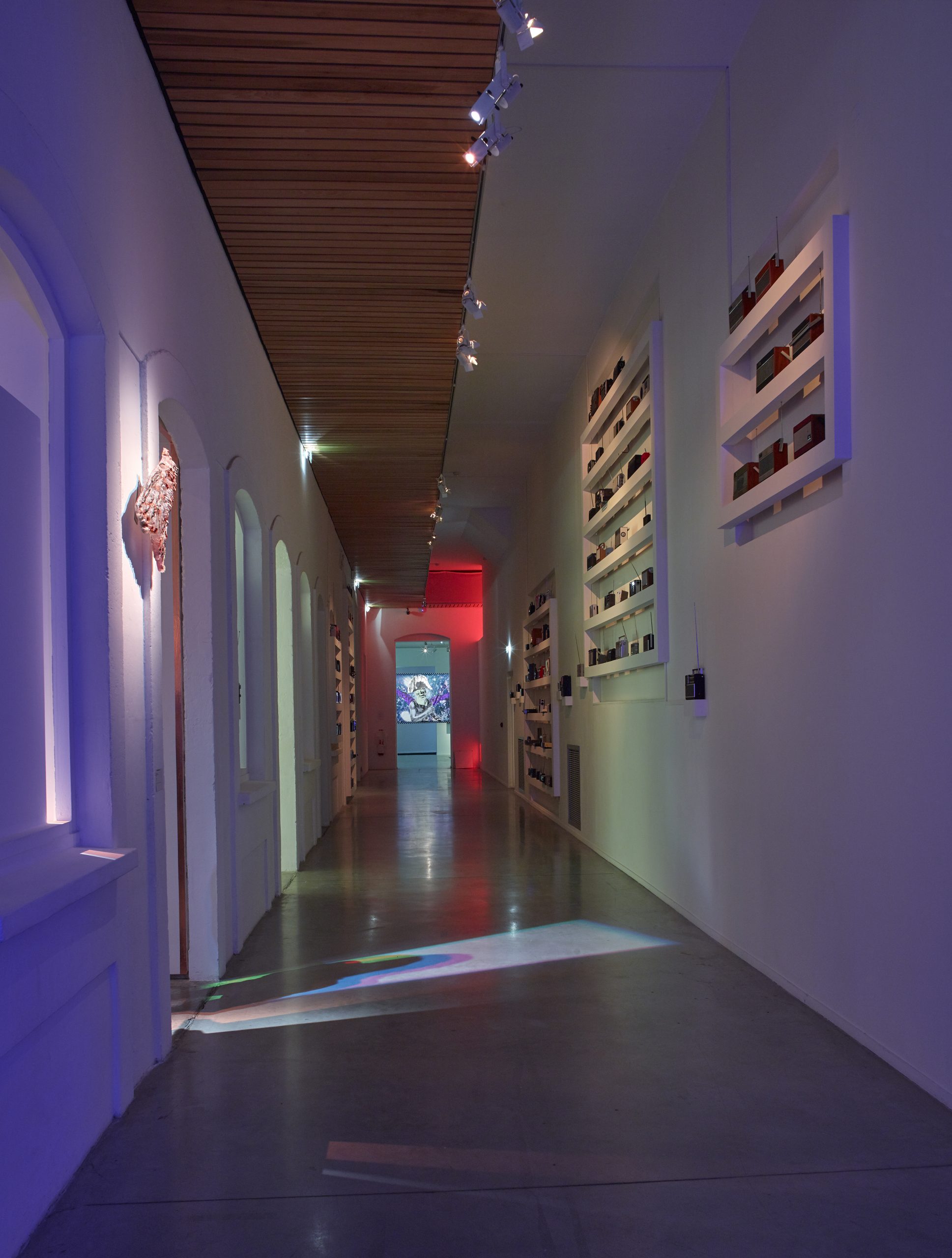 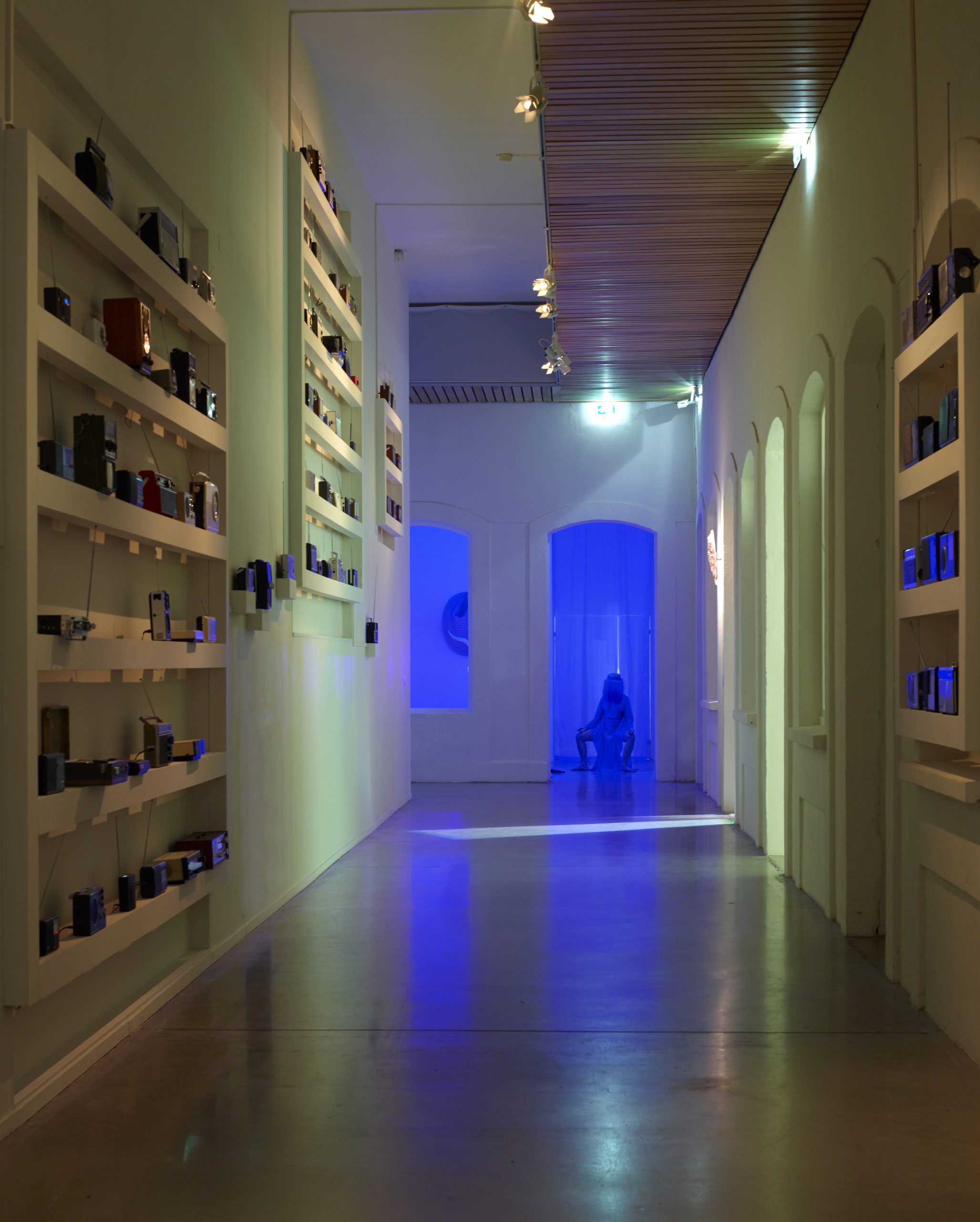 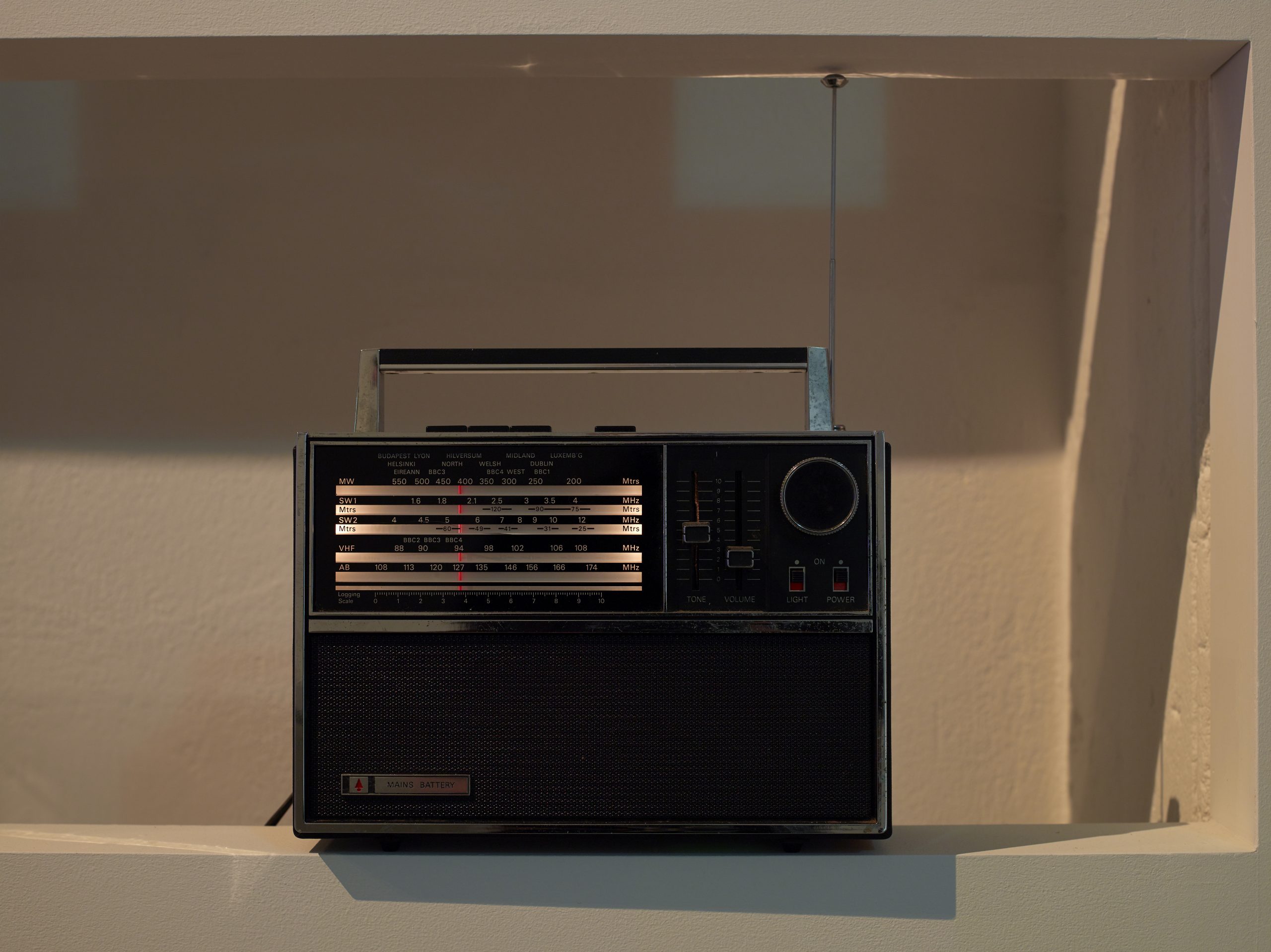 Listen to a short field recording of the installation at Colston Hall:

“The effect of the disembodied voices harmonising in the dimly-lit space is truly haunting..” – The Telegraph