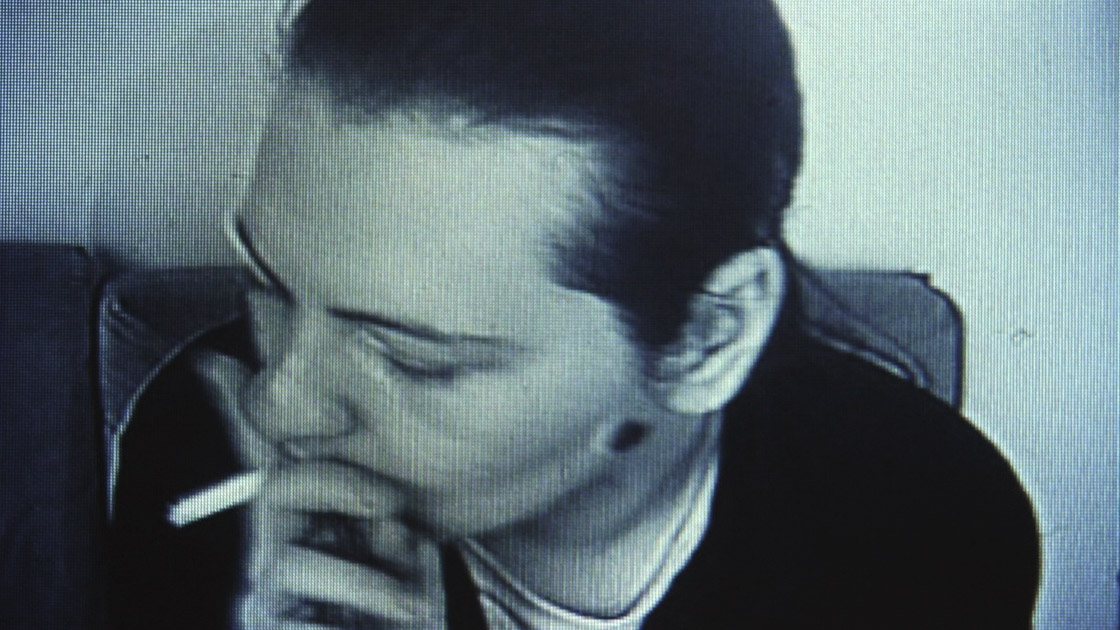 Damaged was originally produced as a limited edition of 100 VHS video cassettes for the final issue of Words & Pictures, the object-based art magazine published by Forsyth & Pollard from 1994-1997. The videotape is labelled with a sticker marked ‘Damaged’. The work relates to the conception, and imminent completion, of their publishing project. On the cassette is a video shot on a cheap domestic camcorder featuring Forsyth delivering a monologue to camera. When he finishes speaking, he leans towards the lens to switch of the camera and the screen turns black. A short time later a text screen appears:

“On Friday 8th April 1994 Kurt Cobain was found dead. He had shot himself through the head, and a suicide note was found near his body, along with a gun. He was 27. On Friday 8th April 1994 Primal Scream played the Brixton Academy in London. In the Academy bar, waiting for the gig, we discussed a project that would be like an exhibition and fanzine rolled into one – ‘Words and Pictures’. During the gig, Bobby Gillespie announced Kurt’s death, and dedicated two songs to him – ‘Cry Myself Blind’ and ‘Damaged’.”

The monologue delivered to camera was Kurt Cobain’s suicide note.